Breaking Free From the Rumor Trap

I used to be a female army officer. One day in 1999, a Korean pastor preached the gospel of the Lord Jesus to me. Because of my earnest pursuit, I soon became the focus of the pastor’s training and his primary assistant. In the summer of 2000, the pastor came to Yunnan on a short summer missionary trip with more than a dozen college students from the Korean Gospel Church. Unexpectedly, this alarmed the CCP government. We were arrested whilst having a meeting at the pastor’s home and then brought to Yunnan Province Public Security Department for questioning. The Korean university students were deported that same night and the Korean pastor was also expelled from the country. The church suffered persecution by the CCP government, and many believers became afraid and did not dare believe. A proportion of believers were also forced to go to the Three-Self Church, and this was how the church was broken up by the CCP government. I was the main co-worker in the church and the persecution by the CCP government this time also caused me to lose my job. 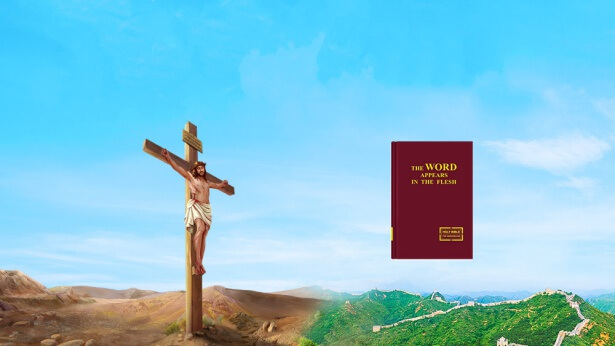 In March 2005, I heard Almighty God’s kingdom gospel. When I learned that the Lord Jesus had returned, I was so excited that tears of joy filled my eyes and I felt so indescribably grateful. I just wanted to bring my brothers and sisters before God as soon as I could. Under God’s guidance, one by one the brothers and sisters accepted God’s last days’ work. But unexpectedly, one of the church’s most talented co-workers, after hearing the testimony of the last days’ work of Almighty God, declared: “This doctrine sounds right, but we need to ask the pastor first and see what he says.” Soon after, the pastor gave me a call and said, “It is very disorderly outside now. You have not believed in God for long and your stature is small. Whatever you do, do not carelessly listen to sermons from outside the church, and then you won’t go astray. We can only accept the shepherding of this church. Do not listen to the ways preached by other churches.” After listening, I said calmly, “Through this period of time studying Almighty God’s last days’ work, I have found that everything they preach conforms to the Bible, has the enlightenment and illumination of the Holy Spirit and it is the true way.” My pastor said, “No matter how well they preach, we must understand that only the Lord Jesus is the true God. We must not leave the Lord!” I said firmly, “I have not left the Lord, but am following the footsteps of the Lamb. The Lord Jesus has already returned. It is only right that we should welcome the Lord just like the wise virgins.” The pastor said harshly, “How could the Korean Gospel Church not know that the Lord has returned?” I said, “This is not something that can be explained in a few words.” The pastor asserted eloquently, “What they believe in is Eastern Lightning, which was the target of the CCP government’s crackdown. It’s explained very clearly on the Internet. Go online, and you will see. You have to go online to check it out….” After putting down the phone, my heart could not calm down for a long time. The pastor’s words kept ringing in my ears. I particularly wanted to know exactly what was being said online.

In order to find out, I quickly ran to an Internet cafe. The moment I opened websites, I was dumbfounded. On the websites there was a lot of the CCP government’s blasphemy and condemnation of God, as well as slander and blasphemy from religious figures of authority. I had some doubts: Almighty God’s words cannot be spoken by just anybody. They are the expression of the Spirit of truth. This is a fact recognized by many people from many different denominations who sincerely believe in the Lord and yearn for the truth. But why do the websites start rumors to make people deny Almighty God? There are also many famous pastors who also condemn and blaspheme God along with the CCP government. What is going on here? Seeing all this negative propaganda, I felt a flurry of indecision. After that, I saw an attack on the man used by the Holy Spirit online. My heart once again dropped. Did I really believe in a man? As I continued to browse through the information on the Internet, I became more flustered and felt very bewildered and perplexed so that, in the end, I had no idea how I left the Internet cafe.

On the way home, I recalled all the time I had spent seeking and investigating Almighty God’s work of the last days. Whenever I raised some questions, brothers and sisters from The Church of Almighty God read the words of God to me. Every issue was resolved one after the other, and I had become completely convinced. It took a full eleven days of debate and investigation before I firmly believed that Almighty God was the Lord Jesus returned. I also read some of God’s words. God has disclosed all of the mysteries of the three stages of work and the six-thousand-year management plan, and He has also clarified truths such as the inside story and the essence of the Bible, which are God’s words and which are people’s words in the Bible, and how people should approach the Bible. When I read these things, everything became clear and I reaped great benefit. From these words of God, I saw that Almighty God should be the Lord Jesus returned. But why was the propaganda on the Internet all negative? The more I thought about those rumors, the more depressed and heavier my heart felt, and I was almost hit by a car as I crossed the road. 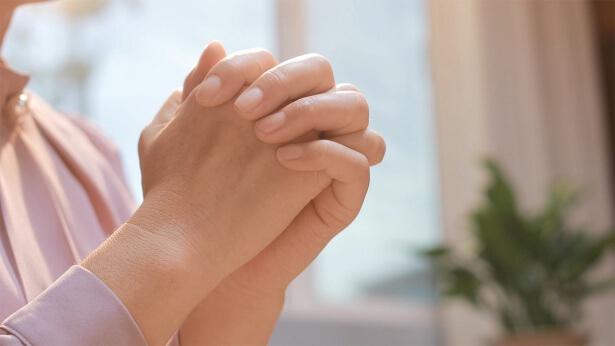 After returning home, my heart simply couldn’t calm down and those Internet rumors came to the forefront of my mind from time to time and lingered there. My heart felt overwhelmed as I thought one thing and then another. I couldn’t sleep that night, and I thought: “If I take the wrong path, then would my faith not all be in vain? No, I have to turn back right away. But what if Almighty God is the Lord Jesus returned? Then won’t I miss my opportunity to welcome the Lord and lose my chance to be saved?” As I wavered back and forth, I came before God in prayer: “O God! Since accepting this step of work, my heart has always felt at ease, I have found it very enjoyable to read God’s words and my soul has felt very nourished. But after seeing some negative propaganda on the Internet, I cannot calm down. Please guard my heart. O God! My stature is small and I don’t know how to discern these things. If Almighty God really is You who have returned, then I ask You to guide me to be certain of Your work without being disturbed by anyone or anything. If not, then I ask You to guide me to develop discernment….” After praying, an idea came into my heart: To quickly finish reading the words of Almighty God in order to determine whether or not it is God’s voice. That night, I read God’s words all night and I do not know when I fell asleep at the table.

GOSPEL OF THE DESCENT OF THE KINGDOM
The Gospel of the Kingdom of Heaven Jesus' Return, Seek the Truth, The Pharisees

Next: Spiritual Warfare | The Word of God Guides Me Through the Snares