God has incarnated in China in the last days; what basis is there for this in the prophecies of the Bible and in God’s words? 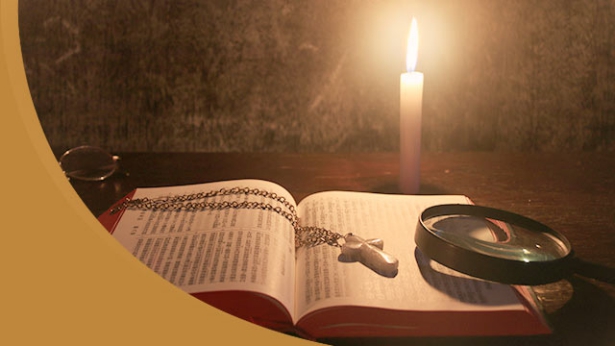 “For from the rising of the sun even to the going down of the same My name shall be great among the Gentiles” (Mal 1:11).

“For as the lightning comes out of the east, and shines even to the west; so shall also the coming of the Son of man be” (Mat 24:27).

In many places, God has prophesied gaining a group of overcomers in the land of Sinim. It is in the world’s East that overcomers are gained, so the landing spot of God’s second incarnation is without a doubt the land of Sinim, exactly where the great red dragon lies coiled. There God will gain the descendants of the great red dragon so that it is thoroughly defeated and shamed.

Only when I pass into the new heaven and earth do I take the other part of My glory and reveal it first in the land of Canaan, causing a glimmer of light to shine forth in the whole earth, sunk in the pitchy darkness of night, to allow the whole earth to come to the light. Let men all over the earth come to draw strength from the power of the light, allowing My glory to increase and appear anew to every nation. Let all humanity realize that I have long ago come to the human world and long ago brought My glory from Israel to the East; for My glory shines from the East, where it was brought over from the Age of Grace to this day. But it was from Israel that I departed and from there that I arrived in the East. Only when the light of the East gradually turns white will the darkness across the earth begin to turn to light, and only then will man discover that I have long ago gone from Israel and am rising anew in the East. Having once descended into Israel and later departed from it, I cannot again be born into Israel, because My work leads all of the universe and, what is more, the lightning flashes straight from East to West. For this reason I have descended in the East and brought Canaan to the people of the East. I wish to bring people from all over the earth to the land of Canaan, and so I continue to issue forth utterances in the land of Canaan to control the entire universe. At this time, there is no light in all the earth apart from Canaan, and all men are imperiled by hunger and cold. I gave My glory to Israel and then took it away, and afterward I brought the Israelites to the East, and all of humanity to the East. I have brought them all to the light so that they may be reunited with it, and be in association with it, and no longer have to search for it. I shall let all who are searching see the light again and see the glory I had in Israel; I shall let them see that I have long ago come down upon a white cloud into the midst of mankind, let them see the countless clouds of white and fruits in their abundant clusters, and, what is more, let them see Jehovah God of Israel. I shall let them look upon the Master of the Jews, the longed-for Messiah, and the full appearance of Me who have been persecuted by kings throughout the ages. I shall work upon the entire universe and I shall perform great work, revealing all My glory and all My deeds to man in the last days. I shall show My glorious countenance in its fullness to those who have waited many years for Me, to those who have longed for Me to come upon a white cloud, to Israel that has longed for Me to appear once again, and to all mankind who persecute Me, so that all will know that I have long ago taken away My glory and brought it to the East, so that it is no longer in Judea. For the last days have already come!

Throughout the universe I am doing My work, and in the East, thunderous crashes issue forth endlessly, shaking all nations and denominations. It is My voice that has led all men into the present. I shall cause all men to be conquered by My voice, to fall into this stream, and submit before Me, for I have long since reclaimed My glory from all the earth and issued it forth anew in the East. Who does not long to see My glory? Who does not anxiously await My return? Who does not thirst for My reappearance? Who does not pine for My loveliness? Who would not come to the light? Who would not look upon the richness of Canaan? Who does not long for the return of the Redeemer? Who does not adore the Great Almighty? My voice shall spread throughout the earth; I wish, facing My chosen people, to speak more words to them. Like the mighty thunders that shake the mountains and rivers, I speak My words to the whole universe and to mankind. Hence the words in My mouth have become man’s treasure, and all men cherish My words. The lightning flashes from the East all the way to the West. My words are such that man is loath to give them up and at the same time finds them unfathomable, but rejoices in them all the more. Like a newborn infant, all men are glad and joyful, celebrating My coming. By means of My voice, I shall bring all men before Me. Thenceforth, I shall formally enter into the race of men so that they will come to worship Me. With the glory that I radiate and the words in My mouth, I shall make it such that all men come before Me and see that the lightning flashes from the East and that I have also descended unto the “Mount of Olives” of the East. They will see that I have already long been on earth, no longer as the Son of the Jews but as the Lightning of the East. For I have long since been resurrected, and have departed from mankind’s midst, and then reappeared with glory among men. I am He who was worshiped countless ages before now, and I am also the infant forsaken by the Israelites countless ages before now. Moreover, I am the all-glorious Almighty God of the present age! Let all come before My throne and see My glorious countenance, hear My voice, and look upon My deeds. This is the entirety of My will; it is the end and the climax of My plan, as well as the purpose of My management. Let every nation worship Me, every tongue acknowledge Me, every man repose his faith in Me, and every people be subject unto Me!

Next： What are the aims and the significance of God incarnating in China to work in the last days?

God Has Descended in China

God Has Descended in China