The Creator Expresses His True Feelings for Humanity

This conversation between Jehovah God and Jonah is without a doubt an expression of the Creator’s true feelings for humanity. On one hand it informs people of the Creator’s understanding of all creation under His sovereignty; as Jehovah God said, “And should not I spare Nineveh, that great city, wherein are more than six score thousand persons that cannot discern between their right hand and their left hand; and also much cattle?” In other words, God’s understanding of Nineveh was far from cursory. He not only knew the number of living things within the city (including people and livestock), but He also knew how many could not discern between their right and left hands—that is, how many children and youths were present. This is concrete proof of God’s comprehensive understanding of mankind. On the other hand, this conversation informs people of the Creator’s attitude toward humanity, which is to say, the weight of humanity in the Creator’s heart. It is just as Jehovah God said: “You have had pity on the gourd, for the which you have not labored, neither made it grow; which came up in a night, and perished in a night: And should not I spare Nineveh, that great city…?” These are Jehovah God’s words of reproach toward Jonah, but they are all true. 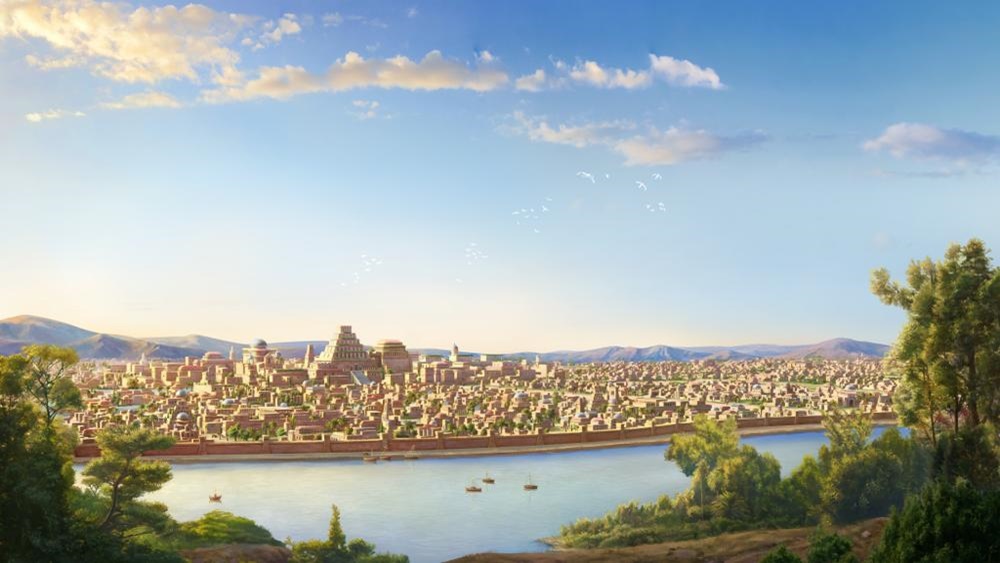 Although Jonah was entrusted with proclaiming Jehovah God’s words to the people of Nineveh, he did not understand Jehovah God’s intentions, nor did he understand His worries and expectations for the people of the city. With this reprimand, God meant to tell him that humanity was the product of God’s own hands, and that He had expended painstaking effort on each and every single person, that each and every person carried God’s expectations upon their shoulders, and that each and every person enjoyed the supply of God’s life; for each and every person, God had paid the price of painstaking effort. This reprimand also told Jonah that God cherished humanity, which was the work of His own hands, just as much as Jonah himself cherished the gourd. God would by no means abandon mankind lightly, or until the last possible moment, not least because there were so many children and innocent livestock inside the city. When dealing with these young and ignorant products of God’s creation who could not even distinguish their right hands from their left, it was even less conceivable that God would end their lives and determine their outcomes in such a hasty manner. God hoped to see them grow up; He hoped that they would not walk the same paths as their elders, that they would not have to hear Jehovah God’s warning again, and that they would bear witness to Nineveh’s past. Even more so, God hoped to see Nineveh after it had repented, to see Nineveh’s future following its repentance, and more importantly, to see Nineveh live under God’s mercy once again. Therefore, in God’s eyes, those objects of creation who could not distinguish between their right and left hands were Nineveh’s future. They would shoulder Nineveh’s despicable past, just as they would shoulder the important duty of bearing witness to both Nineveh’s past and its future under Jehovah God’s guidance. In this declaration of His true feelings, Jehovah God presented the Creator’s mercy for humanity in its entirety. It showed to humanity that “the Creator’s mercy” is not an empty phrase, nor is it a hollow promise; it has concrete principles, methods and objectives. God is true and real, and He uses no falsehoods or disguises, and in this same manner His mercy is endlessly bestowed upon humanity in every time and age. However, to this very day, the Creator’s exchange with Jonah is His sole, exclusive verbal statement of why He shows mercy to humanity, how He shows mercy to humanity, how tolerant He is of humanity and His true feelings for humanity. Jehovah God’s succinct words during this conversation express His thoughts toward humanity as an integral whole; they are a true expression of His heart’s attitude toward humanity, and they are also concrete proof of His bestowal of abundant mercy upon humanity. His mercy is not only bestowed upon humanity’s elder generations, but is also granted to the younger members of humanity, just as it has always been, from one generation to the next. Although God’s wrath frequently comes down upon certain corners and certain eras of humanity, God’s mercy has never ceased. With His mercy, He guides and leads one generation of His creation after the next, and supplies and nourishes one generation of creation after the next, because His true feelings toward humanity will never change. Just as Jehovah God said: “And should not I spare Nineveh…?” He has always cherished His own creation. This is the mercy of the Creator’s righteous disposition, and it is also the full uniqueness of the Creator!

Excerpted from “God Himself, the Unique II” in The Word Appears in the Flesh

God Sees the Sincere Repentance Deep in the Ninevites’ Hearts

The Stark Contrast Between Nineveh and Sodom’s Reaction to Jehovah God’s Warning What does it mean to be overthrown? In colloquial terms,...

Jon 1:1–2 Now the word of Jehovah came to Jonah the son of Amittai, saying, Arise, go to Nineveh, that great city, and cry against it; for...

The Creator’s Righteous Disposition Is Real and Vivid

God’s Mercy and Tolerance Are Not Rare—Man’s True Repentance Is Regardless of how angry God had been with the Ninevites, as soon as they...

The Creator’s Sincere Feelings Toward Mankind

People often say that it is not an easy thing to know God. However, I say that knowing God is not a difficult matter at all, for God...

I’ve Heard the Voice of God

I Know the Way to Resolve Corrupt Disposition

Faith: The Source of Strength