The May 28 Zhaoyuan Case Gives Rise to a Family Crisis

I’m an ordinary country woman, and the heavy burdens of my household responsibilities used to weigh me down so much I could hardly catch my breath. As a result, I became really short-tempered, and my husband and I were at each other’s throats day in and day out. We simply couldn’t go on living like that. Whenever I was suffering, I would cry out, “Heavens! Please save me!” And then in 2013, the gospel of Almighty God in the last days came to me. Through reading the words of God and attending gatherings with brothers and sisters, I became certain that Almighty God was the One I had been crying out to in my suffering, and so I gladly accepted Almighty God’s work in the last days. 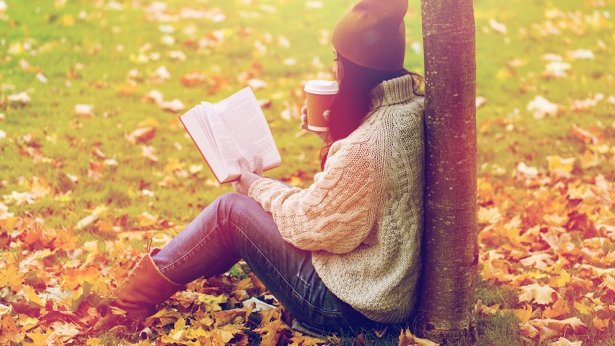 I read these words from God: “Since the creation of the world I have begun to predestine and select this group of people, namely, you today. Your temperament, caliber, appearance, stature, family in which you were born, your job and your marriage, the entirety of you, even the color of your hair and your skin, and the time of your birth were all arranged by My hands. Even the things you do and the people you meet every single day are arranged by My hands, not to mention the fact that bringing you into My presence today is actually My arrangement. Do not throw yourself into disorder; you should proceed calmly” (“Chapter 74” of Utterances of Christ in the Beginning in The Word Appears in the Flesh). From these words of God I finally realized that all things are in God’s hands, and that my having the good fortune to come before God’s throne, accept God’s salvation in the last days, and gain the watering and sustenance of His words had all been foreordained by God eons ago. What kind of husband and family I have had also been foreordained by God. I knew I should accept and submit to what God has brought about and arranged. From then on, whenever things that I found disagreeable came up, I no longer grumbled as I had before. Rather, I had faith that it was arranged by God and was willing to submit so that He could guide me and lead me to learn to live in harmony with my family. With time, I became able to stop quarreling with my husband. When he saw the changes that had taken place in me since believing in God, my husband also became very supportive of my faith. When brothers and sisters came to my house for a gathering he was very polite to them, and would sometimes engage in pleasantries. At that time I was reading God’s word every day and frequently attending gatherings and sharing experiences with other brothers and sisters. I felt enriched in my spirit and enjoyed a kind of peace and joy that I had never had before. I felt that faith in God is truly a wonderful thing.

But all good things must come to an end, and after the Zhaoyuan, Shandong incident occurred on May 28, 2014, those harmonious and tranquil days in our home were no more. This was originally an ordinary criminal case, but three days later it took on a new form—the Chinese Communist Party government labeled it as something perpetrated out of religious motives. On this pretext, the CCP government made The Church of Almighty God its focal point; it used the media to wantonly plant false evidence, make false charges, and defame The Church of Almighty God. In no time at all, people were inundated with every kind of rumor imaginable about The Church of Almighty God. My husband saw this reported on the news and was taken in by the CCP government’s propaganda. It was as if an instantaneous change had come over him. He began to do everything he could to oppose my faith in Almighty God.

One evening, my husband came home fuming with rage and loudly reproached me: “What really is this religion that you believe in?” I was totally baffled by this odd attitude of his and said in response, “What I believe in is the returned Lord Jesus, Almighty God, who we used to refer to as ‘Heaven.’” He said, “You believe in Almighty God! Look what they’re saying on TV!” Saying this, he turned on the TV, and right then the May 28 Murder Case in Zhaoyuan, Shandong was all over the news. They were saying all sorts of things condemning The Church of Almighty God, and they went on to say that believers in Almighty God were people who disrupt public order, and the Public Security Department in Shandong was prepared to launch a strong counter-attack and round them up with no leniency. This filled me with righteous indignation, and I said to my husband right away, “This is nothing but slander and rumors. This murderer absolutely is not a believer in Almighty God! The Church of Almighty God has principles in its evangelical work, which is to only share it with good people who believe in God’s existence and are kind-hearted. We never share it with wicked people. Evil people like Zhang Lidong don’t remotely conform to these principles of The Church of Almighty God for sharing the gospel, so they certainly can’t be believers in Almighty God. Another thing—when Zhang Lidong asked that woman for her phone number and she refused, it was out of humiliation that Zhang flew into a rage and killed her. We, brothers and sisters of The Church of Almighty God, never try to force people to accept the work of God when spreading the gospel, because God clearly stated in ‘The Ten Administrative Decrees That Must Be Obeyed by God’s Chosen People in the Age of Kingdom’ that ‘Kin who are not of the faith (your children, your husband or wife, your sisters or your parents, and so on) should not be forced into the church. God’s household is not short of members, and there is no need to make up its numbers with people who have no use. All those who do not believe gladly must not be led into the church. This decree is directed at all people. You should check, monitor, and remind each other of this matter; no one may violate it.’ When brothers and sisters from The Church of Almighty God spread the gospel, they never twist others’ arms—this is something that no one can violate. This news is just slander, a fabrication. It’s nothing more than the CCP government spreading rumors and defaming The Church of Almighty God.” But who would have guessed—after hearing this, my husband opened his eyes wide and roared at me, “It doesn’t matter if it’s true or not. As long as the CCP is opposed to it, you can’t be involved in this! I don’t want the government here searching the house. Our son hasn’t even gotten married yet!” Seeing my husband deceived by those rumors and lies on TV created out of thin air, my heart was filled with hatred: The CCP government would stop at nothing to repress and persecute The Church of Almighty God just to strike out against religious belief. It was using the Zhaoyuan case to frame and make false charges against The Church of Almighty God—such a vile tactic!

Neither one of us was able to get a good night’s sleep after that. My husband urged me to go into hiding and to hide my book of God’s words well, or to give it back to the church in case the CCP police ever raided our home. Hearing him say all that brought to mind for me the experiences of brothers and sisters that I had heard about, who had been arrested, whose homes had been searched, and who had been fined or imprisoned; I also thought of my own cousin. He got into a dispute with the local chief of police station because he couldn’t bear the guy swaggering around, bullying the common people, and ended up sentenced to a year of reeducation through labor. Everyone in our family suffered as well, young and old. The CCP is a demon that can’t be reasoned with. If I were arrested and imprisoned because of my faith, and if our house were raided, would that be fair to my husband and child? I tossed and turned, unable to fall asleep, imagining over and over the scenario of me being taken away and my house raided by the CCP police, and my husband and child being implicated…. I couldn’t help but feel a wave of desolation and fear in my heart. I felt how difficult it is to believe in God, be a good person, and follow the right path in China, and that my life was in constant danger. But if I were to betray God out of fear of the CCP government’s persecution, my conscience would condemn me for the rest of my life. Even if I were drifting along, living without purpose, I would essentially be a walking corpse and after dying I wouldn’t have the face to see God again. I was tied up in knots and pained within my heart; I felt totally powerless, incredibly negative and weak. 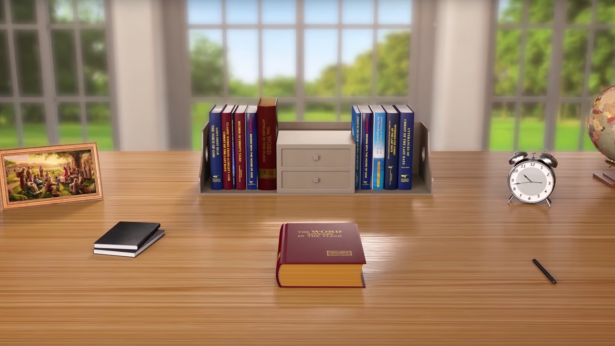 In the midst of my suffering, I recalled these words of the Lord Jesus: “And fear not them which kill the body, but are not able to kill the soul: but rather fear Him which is able to destroy both soul and body in hell” (Matthew 10:28). “For whoever will save his life shall lose it: and whoever will lose his life for My sake shall find it” (Matthew 16:25). The Lord Jesus’ words gave me faith and strength, and dispelled the anxiety and fear from my heart. I thought: “God is sovereign over all things and living creatures, and my life and family are also under God’s control. All that I have came from God, and I cannot betray Him at this crucial time.” I then thought about Job’s family’s possessions being stolen and his children being taken away from him; he was left with nothing, yet he was still able to maintain his devotion to God. He praised the holy name of Jehovah God and stood witness to God. And yet, facing nothing more than the rumors and disturbances manufactured by the CCP government, without arrest or having my home searched, I had become weak and negative. I saw that my stature was in fact pathetically low, and that I had not one iota of true faith in God. This thought filled my heart with shame before God and I silently resolved: No matter what, I must not betray God, and I will keep my faith no matter how much suffering or difficulty I may face!

GOSPEL OF THE DESCENT OF THE KINGDOM
The Gospel of the Kingdom of Heaven Religious Persecution, True Faith

Previous： The Storm of Divorce Quelled

Next： I Have Welcomed the Lord’s Return