My mother is a devout Christian. Ever since I was old enough to understand things, she would often tell me stories about the Lord Jesus, telling me that the Lord Jesus is the only true God. When I was 13 years old I went with my mom to church. At that time I really enjoyed listening to the pastors’ sermons, and I had a great deal of faith. I would actively participate in every fellowship. But I gradually discovered that there was no illumination in the sermons preached by the pastors. They always repeated some theories and knowledge of the Bible or some theological theories, and as time went on I didn’t receive the least bit of pleasure from listening to their sermons, nor did I feel I was being provided with life. Therefore, I started going to fellowships less and less frequently. 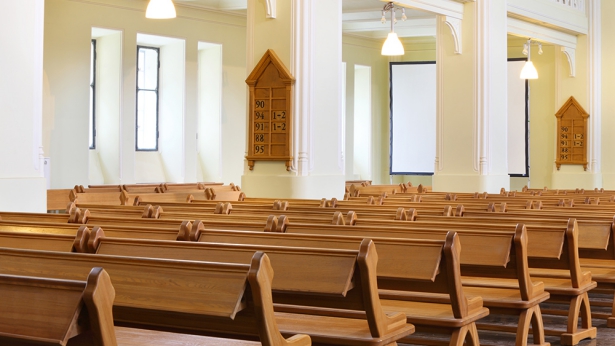 After graduating I went to France, and I thought to myself: “The situation in overseas churches certainly must be better than the situation in churches back home.” So, I set out right away in search of a church. When I went to a Chinese church, I discovered that the sermons they preached were virtually the same as those preached back home, and they had nothing new to say. Sometime after the church invited some American pastors to preach sermons, but they too spoke with no illumination. In order to rejuvenate the church, the pastors and elders even organized an outing for us believers to go on, using sightseeing and entertainment to spark the enthusiasm of the believers, thereby consolidating their outward power and fame. As I saw that this was how the church was, I felt very disappointed, and for lack of a better option all I could do was leave it. After this, my elder sister took me to go to another church, and to my surprise the situation in this church was even worse. The believers were all scrambling for fame and wealth. Disputes and fights broke out within the church until ultimately the police had to be called in to break them up. After witnessing these scenes I never wanted to go to a church again.

One day, as I was stepping into my sister’s home, she ran up to me saying: “Have you heard? There is an Eastern Lightning church that has popped up, and they are preaching very lofty sermons, focusing on ‘stealing’ the good sheep from the churches. I’ve heard that many good sheep and their shepherds from all denominations have accepted Eastern Lightning, and that all over they are spreading the word and bearing witness to the return of Lord Jesus. I even heard that once you start believing in Eastern Lightning, you can’t get out, that if you want to leave they will gouge out your eyes, cut off your nose and rob you of your wealth.” My sister warned me again and again, telling me that I must be careful and that I must protect myself against Eastern Lightning. When I got back home my husband also shared with me some negative publicity on Eastern Lightning that he had found on the Internet. In particular there was the May 28 Murder Case in a McDonald’s in Zhaoyuan, Shandong that CCTV was reporting on. After hearing about this I felt even more frightened, and after that moment Eastern Lightning had cast a shadow over my heart.

Deceived by Rumors, I Stopped My Mother From Believing in Eastern Lightning

One evening, I suddenly received a phone call from my brother back home telling me that our mother believed in Eastern Lightning. I was shocked by this news: This couldn’t be true, could it? How could mom believe in Eastern Lightning? I thought about the rumors that I had heard, and I worried that something would happen to mom. For several nights I tossed and turned, unable to sleep. I thought to myself: “This isn’t okay! I must stop my mom, I cannot let her believe in Eastern Lightning.” But every time that I gave my mom a call and told her about the Eastern Lightning rumors that were on the Internet, she would immediately hang up the phone. I had no way of persuading her. After that my brother and I talked things over and decided that he would follow our mom and stop her from believing in Eastern Lightning. However, it didn’t matter what method he used, it was of no use, our mother didn’t waver at all in her faith. There being no other option, my brothers and sisters and I talked it over and decided we would threaten our mom one final time: If she continued to believe in Eastern Lightning then we were all going to abandon her. To our surprise, she was firm in her approach, and insisted on believing in Eastern Lightning. In March 2017, my elder sister and I decided to go back home and bring our mom to France, thinking that if we did this we could get her to stop believing in Almighty God. But unexpectedly, she wasn’t willing to come even though we succeeded in applying for her visa, so my sister and I scrambled around like cats on a hot tin roof as we tried to figure out what we could do to get our mom to come out. Finally, we thought of a last resort: We would trick our mom into coming to France to practice her faith in Eastern Lightning here. To our surprise this trick actually worked, and our mom sure enough agreed to it. However, she made us agree to one condition. I thought to myself: “As long as it gets mom to France I’d agree to ten conditions, let alone one.” Afterward, I discovered that her condition was that she hoped that my sister and I would look into God’s work in the last days. In order to trick our mom into coming to France I had no choice but to pretend to agree to this, but I thought to myself: “Humph! There’s no way I will look into that! So long as we get her to France then we will have the means to stop her.” And so our mom agreed to come with us to France since she was under the impression that we had genuinely agreed to her request. 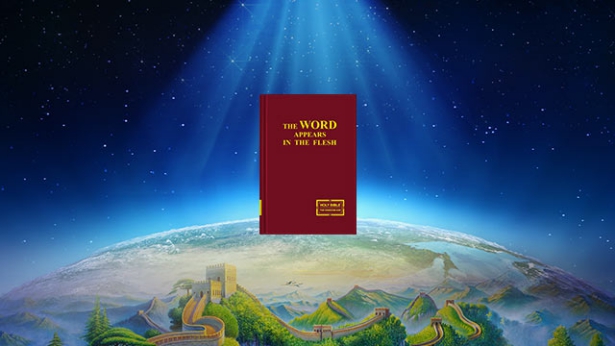 Our mother hadn’t been in France for a week before she told us that she had gotten in touch with a sister from the church and had even scheduled a time to meet face-to-face. I thought to myself: “They really do move quickly. We just arrived and they’ve gotten in touch, what should we do? Do we actually let mom meet them or not? If we tell her she can’t see them she certainly will not agree to it; if we tell her she can see them then that will dash our hopes in stopping her from believing in Eastern Lightning.” I ended up deciding that I would go together with my mom, but to my surprise I was met with great resistance from my husband, my sister and her husband. Upon our decision not to bring mom to go meet them, she angrily said: “Why do you insist on believing in the lies made up by the CCP? What is the CCP? It is an atheistic political party, and ever since it’s been in power it’s been continuously suppressing and outlawing religious believers, and it has designated Christianity as an evil cult, calling the Holy Bible the work of an evil cult, frantically making arrests and persecuting Christians all over the place, which has resulted in many Christians being imprisoned and tortured to the point where they are critically injured or even die. Have you forgotten about these historical facts? The CCP has always resisted God and been the enemy of God, it hates the word of God and the truth, it hates those who believe in the true God and walk down the right path, and in order to obstruct people from believing in God it commits all kinds of evils like starting rumors, smearing people’s names and framing and trapping them. Could it be that you aren’t even able to discern this? Could it be that I as your mother could toss my own sons and daughters into the fiery pit? I came to France in order to have you all believe in Almighty God here, follow God’s work in the last days, and receive the opportunity to attain God’s full salvation. The Lord Jesus once prophesied that He would return, and now The Lord Jesus has returned, coming in the flesh as Almighty God. Almighty God has expressed millions of words, and based on the work of redemption carried out by the Lord Jesus, He has been carrying out the work of judgment in the last days starting from the house of God, to thoroughly cleanse and gain all of us who have been deeply corrupted by Satan and bring us into God’s kingdom. This is an extremely rare opportunity! Why do you only listen to rumors without seeking and looking into the work and word of Almighty God? Has our faith in the Lord these many years not been in order to welcome the return of the Lord? If you do not allow me to go see this sister from The Church of Almighty God then buy me a plane ticket now, I’m going home!” Upon seeing my mom be so firm in her approach and hearing her speak words of such understanding and insight, we were all left speechless. However, we still did not compromise. We were unwilling to take our mom to go see the sister. For the next several days, no matter how we tried to cheer up our mom, no matter where we took her or what we bought her, she didn’t show the least bit of enthusiasm. All day long she was so down that she wouldn’t even eat food. Seeing our mom not wanting to eat or drink like this made me very uncomfortable. I thought about how our mother loved us as we were growing up, how she rarely ever got mad in front of us. This was the first time that I had seen my mother so angry and so hurt, and it made me softhearted. So, I talked it over with my sisters and told them that this time I was going to brave the “danger” and take my mom to go see those believers in Eastern Lightning.