Resolving the “Cold War” Makes My Life Even Happier!

When I got married, my family advised me that “All lay loads on the willing horse,” that after marriage, I must be in charge so that I’m not taken advantage of, so that my life will be fulfilled and happy. So, after marriage, I always wanted to be in charge and that whatever I said would go. In the beginning, my husband would consult me for all matters big and small in our home. But as time went on, he would often not consult with me, but do things according to his will. Because of this, I felt rather unhappy. I felt that my husband didn’t take me seriously. I thought, “If things continue like this, I wouldn’t have a place to stand on in this family.” In order that I could be in charge, I would often sulk and ignore my husband until he softened and said nice things to me, and things only ended when I was satisfied. 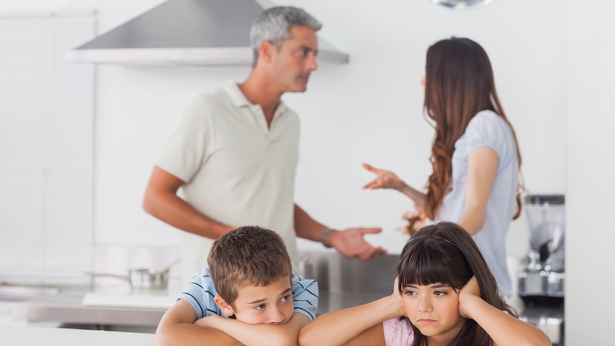 One year, during the Spring Festival, my husband consulted with me to kill the pig we had at home. I said we’d feed it for a few more days. At the time, he agreed with me completely. But I didn’t expect that the next morning the pig butcher came. At the time, I pretended as if nothing was wrong and greeted him until the pig was killed, but then I complained to my husband that he didn’t consult with me beforehand. My husband kept explaining to me the reason the butcher had to come earlier, but I couldn’t listen to him at all. No matter how he explained, I ignored him. In order to get on my good side, when I was doing work, he purposefully came over to help me, but I kept my unpleasant expression. In the end, he had to leave dejectedly. Looking at him leaving helplessly, I felt very miserable too. Why are we suffering like this? Why couldn’t I have given him a way out without embarrassing him? But then I thought that there is still a long way ahead of us. If I relent easily now, then he wouldn’t take notice of me at all. How could I be in charge of the house then? No, I cannot relent so easily. So, even though I really wanted to make up with my husband and didn’t want to continue our stalemate, I still held on sternly. No matter how he apologized, I didn’t speak to him until he pleaded me and promised that next time he would definitely consult with me. Only then did I condescend to speak to him.

But in daily life, these kinds of trivial things were too many to count. Because of this, there were rarely happiness and joy in our life. Most of the time was spent waging a cold war. Seeing my cold face every day, my child spoke very carefully. My husband would sigh and groan every day, and I would feel wronged. I thought that my husband didn’t understand me and my child didn’t obey me, and because of this, I would often cry by myself until midnight…. I also felt that this life of waging a cold war is too miserable and too tiring, but I could not control my own heart.

One morning, my fourth big brother-in-law said to me: “Some time ago, I borrowed some money from my brother (my husband), but I’ve come to repay it today.” Saying that, he handed me the money. After he left, I thought, holding the money, that my husband had dared to lend the money to somebody else without consulting me, and my anger rose immediately. I wanted nothing more than to reason with him right then. In the evening, when he got home, I asked him sternly: “Do you even care about me anymore? You’ve lent money to somebody else without even telling me. Who do you take me for in this house? Am I invisible to you? …” I got angrier and angrier, and no matter how he explained, I would not listen to him. The following day, my husband approached me and spoke to me. I glared at him and ignored him, and he felt very awkward. Looking at his awkward expression, I felt guilty inside. I thought: This isn’t actually something too serious. Besides, the brother-in-law has already returned the money, and I am a bit overdoing it by not relenting at all. Moreover, I am a believer in God. God asks us to live out normal humanity, to have the likeness of a Christian. What I am doing do not have the likeness of a Christian. But when I thought that my husband did things without consulting me and that he didn’t care about me, I felt frustrated in my heart. I thought that if I don’t let him suffer a little this time, then he’ll ignore me more and more in the future. So, although I felt miserable, I still hardened my heart and didn’t relent. 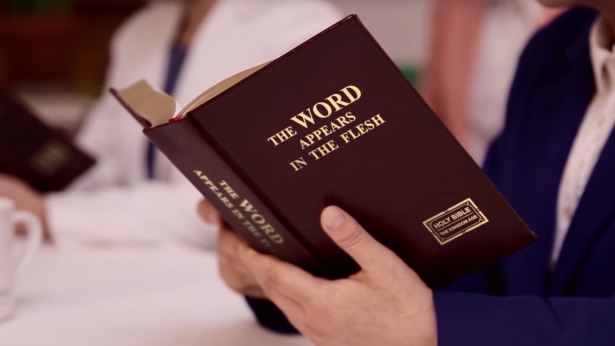 Later, I saw God’s word say: “Cruel, brutal mankind! The conniving and intrigue, the jostling with each other, the scramble for reputation and fortune, the mutual slaughter—when will it ever end? God has spoken hundreds of thousands of words, yet no one has come to their senses. … How many do not act for the sake of their own interests? How many do not oppress and discriminate against others for the sake of maintaining their own status?” (“The Wicked Must Be Punished” in The Word Appears in the Flesh). Isn’t God’s word referring to me? I recalled that, since I started this family, I always wanted to be in charge and in control. In every situation, I demanded that my husband must listen to me. Whatever he did must go through my approval. If he doesn’t do as I want him to, I treat him with the cold shoulder, and become short with him, using a “cold war” method to assert my authority and repress him, so that he submits to me and I achieve the goal of establishing myself. After reading God’s word, I had some knowledge and came to ask myself: Aren’t those my expressions of battling for power and position with my husband? Aren’t I repressing and pushing away my husband for the purpose of protecting my own position? I force my husband to submit to me by waging cold wars just to have him listen to me, so that I could be in charge in this household…. For more than ten years, I often had cold wars with my husband and we are miserable and tired, but it has all been caused by me. They are the bitter results brought about by fighting with my husband for position and power in order to be in charge. If I didn’t fight for my position, then I wouldn’t often have cold wars with my husband, and our family life wouldn’t be this painful. All of this is caused by my pursuit of position and power! The revelation in God’s word allowed me to discover the root of cold wars in our house and brought me a path to practice. Therefore, I decided to change my faulty pursuit and lower myself to make up with my husband.

In the evening, when my husband came home, I wanted to take the initiative and talk to him. But then I thought: If I relent like this, then would he still have a place for me in his heart in the future? Would he just ignore me even more? But if I don’t practice the truth, I feel my humanity is too bad, and God would be displeased…. After turning the thought over and over in my mind, in the end I still ignored him. Because my heart had hardened and I did not practice the truth, I was very tormented inside, so I came before God and prayed: “God, I wish to practice the truth and release from the bindings of Satan’s influence, but I cannot succeed in putting this into practice. I am always concerned about my position in my home. God, I hope that You would guide me and help me so that I can practice the truth.” After praying, I felt I had a bit of confidence and will to practice the truth. During dinner, I summoned up my courage and said to my husband, red-faced, “This time it’s my fault. You already explained things properly, but I’m still unrelenting….” After he listened to me, he let out a long sigh, and said: “This is so surprising. I thought that this cold war would stale for a long time. I really didn’t think it would be over so quickly.” Hearing his words, in my heart I couldn’t stop thanking God’s guidance, because without His guidance I could not have practiced this at all.

GOSPEL OF THE DESCENT OF THE KINGDOM
Testimonies Happy Life, Human Relationships

Next：How Can My Young, Brash, and Arrogant Self Get Along With My Grandmother?