Since His creation of man, God has been protecting and watching over man. Although man didn’t obey His word and was corrupted by Satan, God has never given them up but has been guiding and supplying them. In the last days, God returns to flesh and does a work of judgment and chastisement by the word. Under the guidance of His word, man beholds God’s almightiness and wisdom, appreciates God’s great love and salvation for him, and knows God’s holiness and righteousness. At the same time, man discerns the ugly face of Satan, sees through various tricks with which Satan corrupts man, and thus rejects Satan and returns before God. These are the results achieved by the work of the word.

1. How Important God’s Love for Man Is

The picture of “God’s exhortations for Adam” is touching and warm.

Although there is only God and man in it,

their close relationship is so admirable.

God is concerned about man, and man lives under the protection and blessing,

lives under the protection and blessing of God.

All that man says and does is closely related to God and inseparable from God.

From the moment God created mankind, He had the responsibility for mankind.

What was His responsibility?

He hoped that man would believe and obey what He said.

This was also God’s first expectation for mankind,

this was also God’s first expectation for mankind.

With this expectation, God spoke such words:

“Of every tree of the garden you may freely eat:

But of the tree of the knowledge of good and evil, you shall not eat of it:

for in the day that you eat thereof you shall surely die,

for in the day that you eat thereof you shall surely die.”

These simple words represented God’s will,

and showed that God’s heart was beginning to be concerned about man.

From these simple words, we see God’s heart.

In God’s heart, is there love? Is there concern?

God’s love and concern not only can be sensed by man,

but also can be truly touched by man.

If you have conscience and humanity,

When you feel these, how will you treat God?

Won’t you be attached to God?

Won’t you have reverence and love for God?

Won’t, won’t your heart draw near to God?

This shows how important God’s love for man is!

This shows how important God’s love for man is!

from “God’s Work, God’s Disposition, and God Himself I” in The Word Appears in the Flesh

2. The Significance of God’s Managing Mankind

who worship God and submit to Him.

but no longer sees Satan as his father;

he recognizes the ugly face of Satan, and rejects it,

and comes before God to accept His chastisement and judgment.

He knows what is ugly, and how it contrasts with that which is holy,

and he recognizes the greatness of God and the evil of Satan.

or worship Satan, or enshrine Satan.

That’s because they are a group of people

That’s because they are a group of people gained by God.

This is the significance of God’s managing mankind.

During the work of God’s management of this time,

during the work of God’s management of this time,

as well as the product God and Satan fight for,

as well as the product God and Satan fight for.

At the same time as conducting His work,

3. In the Age of Kingdom, the Word Accomplishes Everything

In the Age of Kingdom,

to change the means of His work, and to do the work for the entire age.

This is the principle by which God works in the Age of the Word.

He became flesh to speak from different perspectives,

enabling man to truly see God, who is the Word appearing in the flesh,

and His wisdom and wonder.

Such work is done to better achieve

the goals of conquering man, perfecting man, and eliminating man.

This is the true meaning, meaning of using the word to work

in the Age of the Word.

Through the word, man comes to know the work of God, the disposition of God,

the essence of man, and what man ought to enter into.

all, all the work God wishes to do in the Age of the Word is accomplished.

Through the word, man is revealed, eliminated, and tried.

Man has seen the word, heard the word,

and become aware of the existence of the word.

As a result, man believes in the existence of God;

man believes the almightiness and wisdom of God,

as well as God’s heart of love for man

Though “the word” is simple and ordinary,

the word from the mouth of God become flesh shakes the heavens and earth;

His word transforms the heart of man, the notions and the old disposition of man,

and the old appearance of the entire world.

Through the ages, only the God of this day

and only He speaks and saves man, saves man thus.

Thereafter, man lives under the guidance of the word,

shepherded and supplied by the word;

they live in the world of the word,

live within the curses and blessings of God’s word,

and even more live under the judgment and chastisement of the word.

These words and works are all for the sake of man’s salvation,

and changing the original appearance of the world of old creation,

changing the original appearance of the world of old creation.

God created the world with the word,

leads men throughout the universe with the word,

conquers and saves them with the word.

Finally, He shall use the word to bring the entire world of old to an end.

Only then is the management plan wholly complete, 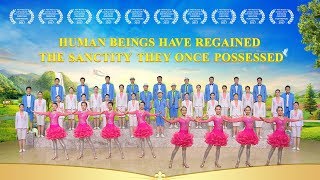 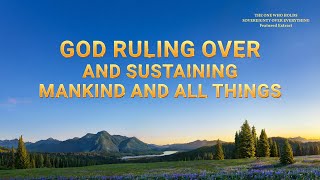 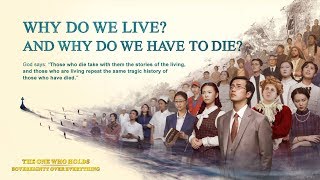 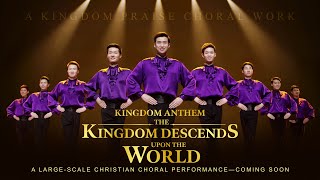 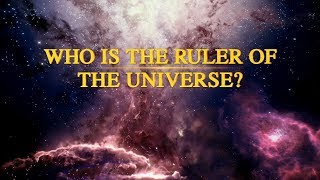 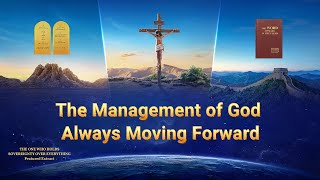 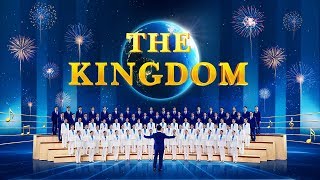