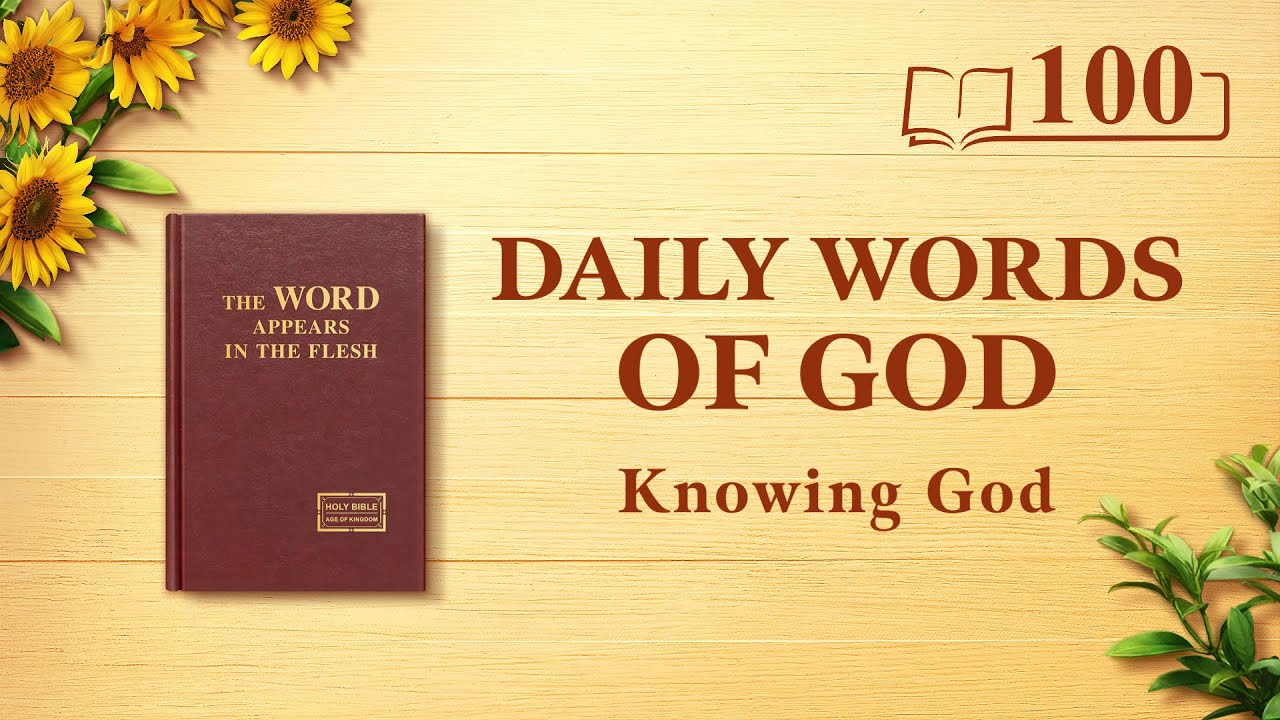 The authority itself can be explained as the power of God. Firstly, it can be said with certainty that both authority and power are positive. They have no connection to anything negative, and are unrelated to any created or non-created beings. The power of God is able to create things of any form that have life and vitality, and this is determined by the life of God. God is life, so He is the source of all living beings. Furthermore, the authority of God can make all living beings obey every word of God, that is, come into being according to the words from God’s mouth, and live and reproduce by God’s command, after which God rules and commands all living beings, and there shall never be a deviation, forever and ever. No person or object has these things; only the Creator possesses and bears such power, and so it is called authority. This is the uniqueness of the Creator. As such, regardless of whether it is the word “authority” itself or the substance of this authority, each can only be associated with the Creator, because it is a symbol of the unique identity and substance of the Creator, and it represents the identity and status of the Creator; apart from the Creator, no person or object can be associated with the word “authority.” This is an interpretation of the unique authority of the Creator.

Though Satan looked upon Job with covetous eyes, without God’s permission it did not dare to touch a single hair on Job’s body. Though it is inherently evil and cruel, after God issued His order to it, Satan had no choice but to abide by God’s command. And so, even though Satan was as frenzied as a wolf among sheep when it came upon Job, it did not dare to forget the limits set for it by God, did not dare to violate the orders of God, and in all that it did, Satan did not dare to deviate from the principles and limits of God’s words—is this not a fact? From this point of view, we see that Satan does not dare to contravene any of the words of Jehovah God. For Satan, every word from the mouth of God is an order, and a heavenly law, and an expression of God’s authority—for behind every word of God is implied God’s punishment of those who violate the orders of God, and those who disobey and oppose the heavenly laws. Satan clearly knows that if it violates God’s orders, then it must accept the consequences of transgressing the authority of God, and opposing the heavenly laws. And just what are these consequences? Needless to say, they are, of course, its punishment by God. Satan’s actions toward Job were merely a microcosm of its corruption of man, and when Satan was carrying out these actions, the limits that God set and the orders that He issued to Satan were merely a microcosm of the principles behind everything that it does. In addition, the role and position of Satan in this matter was merely a microcosm of its role and position in the work of God’s management, and Satan’s complete obedience to God in its temptation of Job was merely a microcosm of how Satan did not dare to put up the slightest opposition to God in the work of God’s management. What warning do these microcosms give you? Among all things, including Satan, there is no person or thing that can transgress the heavenly laws and edicts set out by the Creator, and no person or thing that dares to violate these heavenly laws and edicts, for no person or object can alter or escape from the punishment that the Creator inflicts upon those who disobey them. Only the Creator can establish heavenly laws and edicts, only the Creator has the power to put them into effect, and only the power of the Creator cannot be transgressed by any person or thing. This is the unique authority of the Creator, this authority is supreme among all things, and so, it is impossible to say that “God is the greatest and Satan is number two.” Except for the Creator who is possessed of the unique authority, there is no other God!

What does the power of man refer to? Simply put, it is an ability or skill which enables the corrupt disposition, desires and ambitions of man to be expanded or accomplished to the greatest extent. Does this count as authority? Regardless of how swollen or lucrative the ambitions and desires of man, that person cannot be said to possess authority; at most, this puffing up and success is merely a demonstration of Satan’s buffoonery among man, at most it is a farce in which Satan acts as its own ancestor in order to fulfill its ambition to be God.

Excerpted from “God Himself, the Unique I”