Do Not Miss the Opportunity to Know the Creator’s Sovereignty

The several decades that make up a human life are neither long nor short. The twenty-odd years between birth and coming of age pass in the blink of an eye, and though at this point in life a person is considered an adult, people in this age group know next to nothing about human life and human fate. As they gain more experience, they step gradually into middle age. People in their thirties and forties acquire a fledgling experience of life and fate, but their ideas about these things are still very vague. It is not until the age of forty that some people begin to understand mankind and the universe, which God created, and to grasp what human life is all about, what human fate is all about. Some people, though they have long been followers of God and are now middle-aged, still cannot possess an accurate knowledge and definition of God’s sovereignty, much less true submission. Some people care about nothing other than seeking to receive blessings, and though they have lived for many years, they do not know or understand in the least the fact of the Creator’s sovereignty over human fate, and have not taken even the smallest step into the practical lesson of submitting to God’s orchestrations and arrangements. Such people are thoroughly foolish, and their lives are lived in vain. 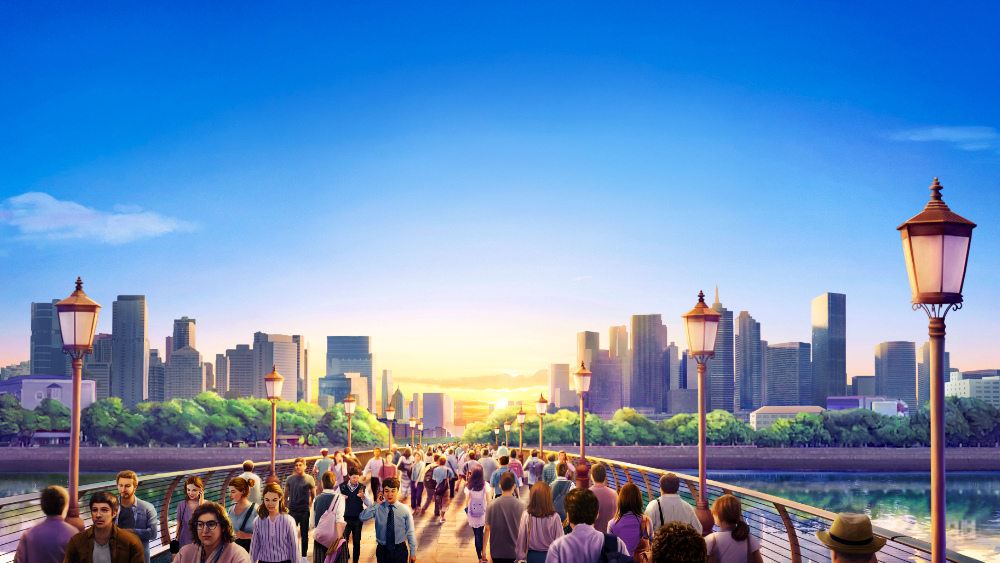 If the periods of a human life are divided according to people’s degree of life experience and knowledge of human fate, they can roughly be broken into three phases. The first phase is youth, which is the years between birth and middle age, or from birth until the age of thirty. The second phase is maturation, from middle age to old age, or from thirty until sixty. And the third phase is one’s mature period, which lasts with the start of old age, beginning at sixty, until one departs from the world. In other words, from birth to middle age, most people’s knowledge of fate and life is limited to imitating the ideas of others, and has almost no real, practical substance. During this period, one’s outlook on life and how one makes one’s way in the world are quite superficial and naive. This is one’s juvenile period. Only after one has tasted all the joys and sorrows of life does one gain a real understanding of fate, and—subconsciously, deep in one’s heart—gradually come to appreciate the irreversibility of fate, and slowly realize that the Creator’s sovereignty over human fate truly exists. This is one’s period of maturation. A person enters their mature period when they have ceased to struggle against fate, and when they are no longer willing to be drawn into strife and, instead, know their lot in life, submit to Heaven’s will, summarize their achievements and errors in life, and await the Creator’s judgment on their life. Considering the different experiences and acquisitions people obtain during these three periods, under normal circumstances, one’s window of opportunity to know the Creator’s sovereignty is not very large. If one lives to be sixty, one has only thirty years or so to know God’s sovereignty; if one wants a longer period of time, that is only possible if one’s life lasts long enough, if one is able to live for a century. So I say, according to the normal laws of human existence, though it is a very long process from when one first encounters the subject of knowing the Creator’s sovereignty until the time when one is able to recognize the fact of that sovereignty, and from then until the point when one is able to submit to it, if one actually counts up the years, there are no more than thirty or forty during which one has the chance to gain these rewards. And often, people get carried away by their desires and their ambitions to receive blessings, so that they cannot discern where the essence of human life lies and do not grasp the importance of knowing the Creator’s sovereignty. Such people do not cherish this precious opportunity to enter into the human world to experience human life and the Creator’s sovereignty, and they do not realize how precious it is for a created being to receive the Creator’s personal guidance. So I say, those people who want God’s work to end quickly, who wish God would arrange man’s end as soon as possible so that they may immediately behold His real person and gain blessings as soon as possible—they are guilty of the worst kind of disobedience and they are foolish in the extreme. Meanwhile, the wise among men, those possessed of the utmost mental acuity, are those who desire, during their limited time, to grasp this unique opportunity to know the Creator’s sovereignty. These two different desires expose two vastly different outlooks and pursuits: Those who seek blessings are selfish and base and show no consideration for God’s will, never seek to know God’s sovereignty, never desire to submit to it, but simply want to live as they please. They are blithe degenerates, and it is this category of people that will be destroyed. Those who seek to know God are able to set aside their desires, are willing to submit to God’s sovereignty and God’s arrangement, and they try to be the kind of people who are submissive to God’s authority and who satisfy God’s desire. Such people live in the light and in the midst of God’s blessings, and they will surely be commended by God. No matter what, human choice is useless, and humans have no say in how long God’s work will take. It is better for people to put themselves at the mercy of God and submit to His sovereignty. If you do not put yourself at His mercy, what can you do? Will God suffer any loss as a result? If you do not put yourself at His mercy, but instead try to put yourself in charge, then you are making a foolish choice, and ultimately you will be the only one who suffers a loss. Only if people cooperate with God as soon as possible, only if they make haste to accept His orchestrations, know His authority, and understand all He has done for them, will they have hope. Only in this way will their lives not have been lived in vain, and will they attain salvation.

Excerpted from “God Himself, the Unique III” in The Word Appears in the Flesh

Previous: Accepting God as Your Unique Master Is the First Step in Attaining Salvation

The end of all things is approaching. Do you want to know how the returned Lord rewards good and punishes evil and determines man’s outcome? Do not hesitate to join our online sermon to get the answer.

You are all adults. Some of you are middle-aged; some have entered old age. You have gone from not believing in God to believing in Him,...

Where a person is born, what family they are born into, one’s gender, appearance, and time of birth—these are the details of the first...

The Second Juncture: Growing Up

Depending on what kind of family they are born into, people grow up in different home environments and learn different lessons from their...

After marrying, one begins to raise the next generation. One has no say in how many and what kind of children one has; this too is...