3. The relationship between each of the three stages of God’s work 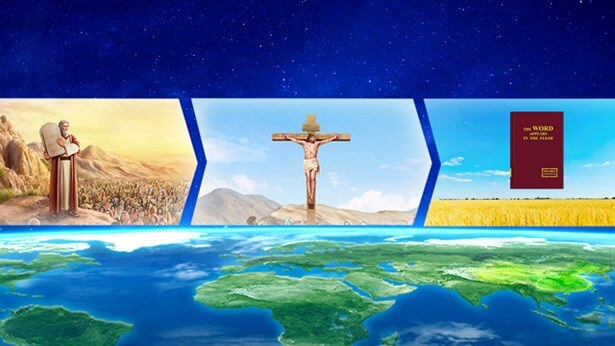 The six-thousand-year plan of management is divided into three stages of work. No one stage alone can represent the work of the three ages, but only one part of a whole. The name Jehovah cannot represent the whole of God’s disposition. The fact that He carried out His work in the Age of Law does not prove that God can only be God under the law. Jehovah set forth laws for man and handed down commandments to him, asking man to build the temple and the altars; the work He did represents only the Age of Law. This work that He did does not prove that God is only a God who asks man to keep the law, or that He is the God in the temple, or that He is the God before the altar. To say this would be untrue. The work done under the law can only represent one age. Therefore, if God only did the work in the Age of Law, then man would confine God within the following definition, saying, “God is the God in the temple, and, in order to serve God we must put on priestly robes and enter the temple.” If the work in the Age of Grace had never been carried out and the Age of Law had continued until the present, man would not know that God is also merciful and loving. If the work in the Age of Law had not been done, and instead only the work in the Age of Grace, then all man would know is that God can only redeem man and forgive man’s sins. Man would know only that He is holy and innocent, and that for man’s sake He is able to sacrifice Himself and be crucified. Man would know only these things but have no understanding of all else. And so each age represents one part of God’s disposition. As for which aspects of God’s disposition are represented in the Age of Law, which in the Age of Grace, and which in this present stage: only when all three stages have been integrated into one whole can they reveal the entirety of God’s disposition. Only when man has come to know all three stages can he understand it fully. None of the three stages can be omitted. You will only see the disposition of God in its entirety after coming to know these three stages of work. The fact that God completed His work in the Age of Law does not prove that He is only the God under the law, and the fact that He completed His work of redemption does not mean that God will forever redeem mankind. These are all conclusions drawn by man. The Age of Grace having come to an end, you cannot then say that God belongs only to the cross and that the cross alone represents the salvation of God. To do so would be to define God. In the present stage, God is mainly doing the work of the word, but you cannot say then that God has never been merciful to man and that all He has brought is chastisement and judgment. The work in the last days lays bare the work of Jehovah and Jesus and all mysteries not understood by man, so as to reveal the destination and the end of mankind and end all the work of salvation among mankind. This stage of work in the last days brings everything to a close. All mysteries not understood by man needs must be unraveled to allow man to plumb them to their depths and have a completely clear understanding in his heart. Only then can the human race be divided according to their kind. Only after the six-thousand-year plan of management is completed will man come to understand the disposition of God in its entirety, for His management will then have come to an end.

The entire management of God is divided into three stages, and in each stage, fitting requirements are made of man. Furthermore, as the ages pass and progress, God’s requirements of all mankind become ever higher. Thus, step-by-step, this work of God’s management reaches its climax, until man beholds the fact of the “appearance of the Word in the flesh,” and in this way the requirements of man become even higher, and requirements of man to bear testimony become even higher. The more that man is capable of truly cooperating with God, the more that he glorifies God. Man’s cooperation is the testimony that he is required to bear, and the testimony that he bears is the practice of man. And so, whether or not God’s work can have the due effect, and whether or not there can be true testimony, are inextricably linked to the cooperation and testimony of man. When the work is finished, which is to say, when all of God’s management has reached its end, man will be required to bear higher testimony, and when the work of God reaches its end, the practice and entry of man will reach their zenith. In the past, man was required to comply with the law and the commandments, and was required to be patient and humble. Today, man is required to obey all of God’s arrangements and possess a supreme love of God, and is ultimately required to still love God amid the tribulation. These three stages are requirements that God makes of man, step-by-step, throughout His entire management. Each stage of God’s work goes deeper than the last, and in each stage the requirements of man are more profound than the last, and in this way, God’s entire management gradually takes shape. It is precisely because the requirements of man are ever higher that man’s disposition comes ever closer to the standards required by God, and it is only then that the whole of mankind gradually departs from the influence of Satan until, when God’s work comes to a complete end, the whole of mankind will have been saved from the influence of Satan.

The three stages of work were done by one God; this is the greatest vision, and is the only path to knowing God. The three stages of work could only have been done by God Himself, and no man could do such work on His behalf—which is to say that only God Himself could have done His own work from the beginning until today. Though the three stages of God’s work have been carried out in different ages and locations, and though the work of each is different, it is all work done by one God. Of all the visions, this is the greatest vision that man should know, and if it can be completely understood by man, then he will be able to stand fast.

GOSPEL OF THE DESCENT OF THE KINGDOM
The Gospel of the Kingdom of Heaven God's Work, The Salvation of God

Next：How do God’s three stages of work gradually deepen so that people may be saved and perfected?