Be Strict With Oneself First in Order to Discipline Others

The church arranged for me to work together with an elderly sister in a duty that involved general church affairs. After working with her for some time, I found her to be careless in her work and that she did not accept the truth. As such, I formed an opinion about her. Gradually, the normal relationship between us was lost, we couldn’t get along well, and were unable to work harmoniously together. I felt that it was entirely her fault that our relationship had come to this point, and so I tried to figure out all kinds of ways to communicate with her so that she could know herself. But all my attempts to communicate with her ended in vain or were sometimes even counterproductive. In the end we parted ways in enmity. So, I was even surer that she was not a person who accepted the truth. After that, the church arranged for me to stay with a different host family. Soon after, I discovered many problems with the host family brother and sister, and I again “labored” to give them fellowship, but all my attempts were ineffective, and they began to feel prejudiced against me. Faced with these circumstances, I was very troubled and puzzled: Why do all the people I meet not accept the truth? One day, I found the source of the problem when in my work I hit a wall. 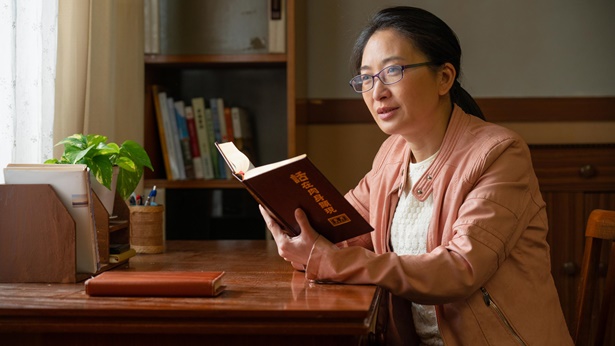 That day, the leader had arranged for me to send her the work arrangement, and I entrusted the elderly sister of the host family to deliver it to her. Who would have known that a week later, the package would be sent back to me intact. Faced with this situation, I was stunned and poured blame on the elderly sister for her careless mishandling of the matter, which had resulted in the package not being delivered to the leader in time. The leader also didn’t contact me for a few days after this, and I was beginning to feel unsettled: Usually if something was not delivered or sent late, the leader would call immediately to inquire about the situation. Why hasn’t she contacted me this time? Did she not want me to do this duty any longer? The more I thought about it, the more fearful I became—my thoughts were filled with worry and regret, and I couldn’t help but fall to the ground before God and pray: “God, I feel so very upset and conflicted in my heart. The work arrangement has been sent back to me intact. I don’t know what is happening, and I don’t know what Your will is now that this is happening to me. Please lead and enlighten me and help me to understand Your will.” Right after the prayer, a line of God’s words kept flashing in my mind, “Whenever you do anything, it always goes awry, or you hit a wall. This is God’s discipline” (The Word, Vol. 1. The Appearance and Work of God. Those Who Are to Be Made Perfect Must Undergo Refinement). I suddenly realized that the issues I had run into during work, not being able to work together with the elderly sister, and the opinions the host family brother and sister had of me; were these not God’s way of dealing with me through the people and matters around me? I silently called out to God: “God, I know that You deal with and discipline me because You love me, but I don’t understand what aspects of me You wish to deal with in arranging these circumstances. I pray that You enlighten me and guide me.”

Later, when I was reading the word of God, I saw these two passages: “You must first resolve all the difficulties within yourself by relying on God. Put an end to your degenerate disposition and become able to truly understand your own condition and know how you should act; continue to fellowship about anything you do not understand. It is unacceptable for a person not to know themselves. Heal your own sickness first, and, by eating and drinking My words more often and contemplating them, live your life and do your deeds on the basis of My words; whether you are at home or elsewhere, you should allow God to wield power within you” (The Word, Vol. 1. The Appearance and Work of God. Utterances of Christ in the Beginning, Chapter 22). “When an issue befalls you, you must have a cool head and a correct approach, and you must make a choice. You should learn to use the truth to resolve the issue. At normal times, what is the use of understanding some truths? It is not to fill your belly, and it is not merely to give you something to say, nor is it to resolve the problems of others. More importantly, its use is to resolve your own problems, your own difficulties—only after you resolve your own difficulties can you resolve the difficulties of others” (“Confused People Cannot Be Saved” in Records of Christ’s Talks). God’s words illuminated me. Yes, when things happen, we should first know ourselves, seek the truth to resolve our own corruption and remedy our own states. Only when we have our own entry and then fellowship with others can we really help others and resolve their problems. But I never examined or knew myself when things happened, but instead I blindly fixated on others, and I always found fault with them whenever possible. When I couldn’t work harmoniously with the elderly sister, I attributed it to her, and tried to figure out ways to communicate with her so that she would know herself and learn lessons. When my fellowship had no effect, not only did I not reflect on myself, but on the contrary, I became certain in my heart that the elderly sister was not accepting the truth. When the host family brother and sister were not willing to listen to me give them fellowship, I believed it was because they were not pursuing the truth, and not able to accept the truth. When the work arrangement was sent back to me intact, I blamed others and shifted the responsibility onto others. When all this happened, I failed to examine what corruptions I had revealed, and which truths I should enter. Instead, I made demands of others according to my own standards, and if someone could not meet my standards or refused to accept my fellowship, then I jumped to the conclusion that the person must not be pursuing the truth and did not accept the truth. I was truly so arrogant and self-righteous, and I had no self-knowledge at all. I had no knowledge of the corruptions I revealed at all, nor did I seek the truth to solve my own problems, and I always found fault with others. How then could I have worked harmoniously and gotten along with others? It was then that I realized: The reason I couldn’t get along with anyone was not because they weren’t pursuing the truth or accepting the truth, but because I had no self-knowledge, and I wasn’t focusing on using of truth to solve my own problems.

After realizing all of this, I began to pay attention to my own entry. When encountering issues, I first reflected on and knew myself, and focused on seeking the truth to solve my own problems. Subsequently, when I communicated the truth with my brothers and sisters, they began to show some knowledge of their own corruption, and we gradually developed a harmonious partnership. Only when faced with the facts had I finally been able to see that, when issues arise, it is extremely important to get to know oneself and solve one’s own problems first; only then can we live out our normal humanity, have a harmonious partnership with others, and reap the harvest of our life experiences.

The Importance of Coordination in Service

This made me see that harmonious coordination in our service is so critical for the work of the church and our personal life entry! But I had not sought God’s will at all in this. I had not paid attention to what practical lessons I could learn through this coordination.

I am grateful for this enlightenment from God, which not only helped me understand a truly harmonious partnership, but more so helped me see the hidden dangers in my own service with my partner, and showed me that when corrupt mankind takes power, the result is the same as the great red dragon.

How Should Christians Interact With Others in Line With the Lord’s Will?

What is the reason that we are unable to exist harmoniously with each other? How should we Christians interact with others in our lives in accordance with the Lord’s intentions? Here, I will share a bit about my experience and understanding!

Two of a Trade Can Now Agree (Audio Essay)

Finally, one day, when she saw me, she deliberated for a long time, and then called excitedly out, “Master!” This “Master” made me feel extremely warm inside. Ever since she opened her shop next to my house, she had never called me Master once. I knew at that moment that the reason we could resolve our hatred was because of the effect achieved by God’s word. Otherwise, the hatred between us could only get deeper and deeper. Thank God! All glory and praise unto Almighty God!

The Plague Is Upon Us: How to Obtain God’s Mercy and Protection

How Can I Rid Myself of the Pain of Emptiness?

Abraham Sacrificing Isaac: God’s Blessing Is Hidden Behind This

What’s Most Important in Life? A King’s Last Words Give Us Cause for Reflection