Contents
● Where Did the Reference to “the Son and the Father” Come From?
● Does the Interpretation of “the Father and the Son” Hold Up?
● Why Did the Lord Jesus Call God in Heaven the Father?
● Why Wouldn’t God Have Directly Testified That the Lord Jesus Was God Himself? 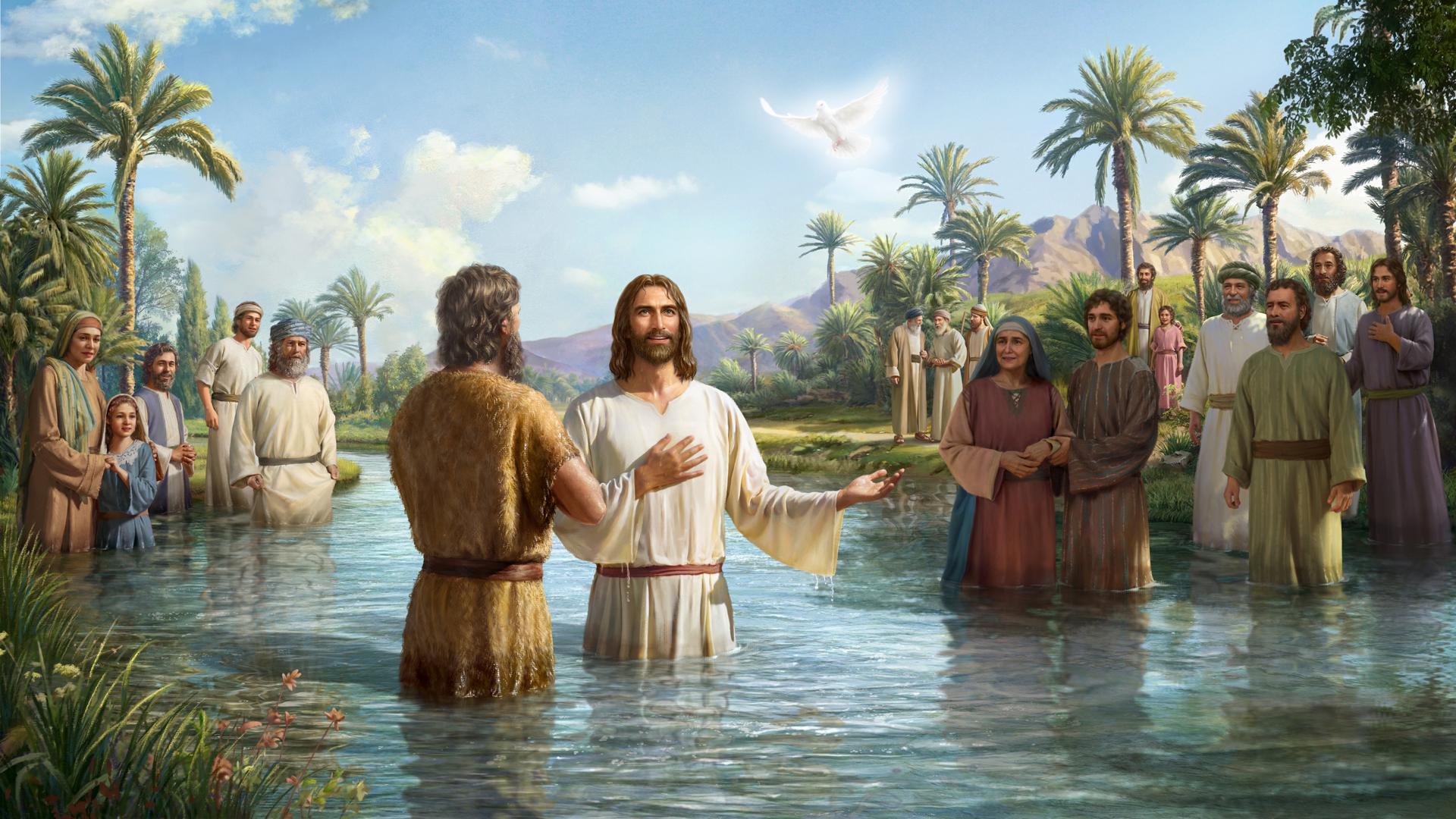 Where Did the Reference to “the Son and the Father” Come From?

First we have to understand where the reference to “the Son and the Father” came from. It actually didn’t appear until the Lord Jesus became flesh to do the work of redemption. At that time, God took on the form of the Son of man to speak and work among mankind, launching the work of the Age of Grace. The Holy Spirit gave direct testimony that the Lord Jesus was God’s beloved Son when He was baptized, and the Lord Jesus also referred to the God in heaven as “Father.” This is how this idea of the Son and the Father came about.

Does the Interpretation of “the Father and the Son” Hold Up?

If we look back, did God say in the Book of Genesis that He had a son? In the Old Testament Age of Law, did God ever say through His prophets that He had a son? He never did. This shows that there is only one God and there’s no such thing as "the Son and the Father.” Also, if it were as we understand it, and the Lord Jesus were God’s Son and the God in heaven were the Father, then how could the fact that the Bible clearly states there is only one God be explained? For the past two 2000 years very few people have truly realized that the Lord Jesus Christ is God Himself, and He was the appearance of God! Let’s open our Bibles to John 14:8. When Philip did not know God, he said to the Lord Jesus, “Lord, show us the Father.” What was the Lord Jesus’ response? 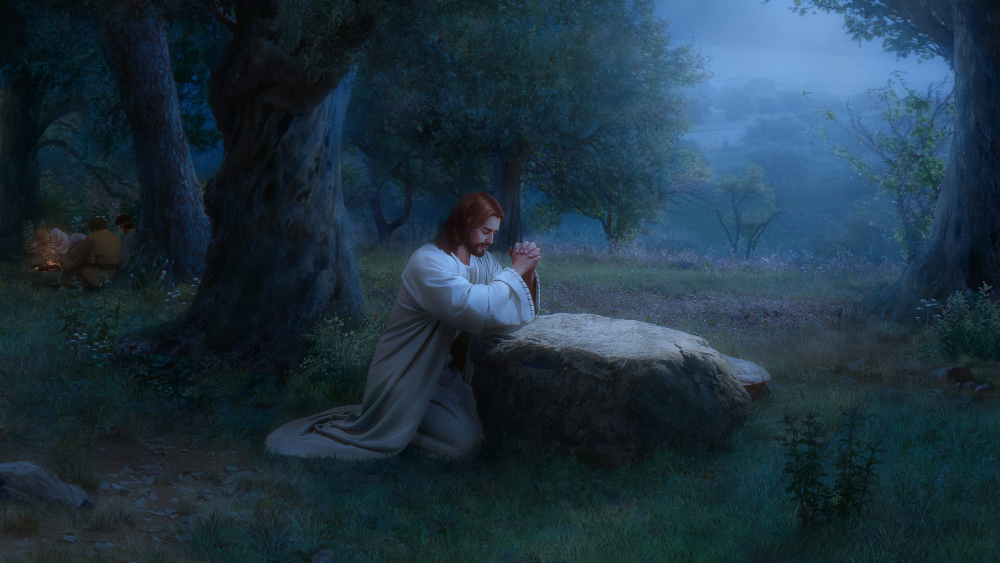 Why Did the Lord Jesus Call God in Heaven the Father?

Since the Lord Jesus is God Himself, when He prayed, why did He pray to God the Father? There is a mystery within this.

When God incarnates, His Spirit is hidden within the flesh, and that flesh can’t feel it at all, just like we, human beings, can’t feel our own souls within us. Before the Lord Jesus started to work and carry out His mission, He was living in a state of normal humanity. He had no idea that He was God incarnate because when God’s Spirit inhabits the flesh to work, His work is not supernatural, but is entirely normal. It’s just like the Bible says, “But of that day and that hour knows no man … neither the Son, but the Father” (Mark 13:32). When the Lord Jesus officially took up His position, the Holy Spirit uttered words to personally testify that He was God incarnate, and only then did the Lord Jesus know His true identity and that He had come to do the work of redemption. But before He was nailed to the cross, He was just the Son of man, He was Christ. That’s why it was natural for Him to pray to the heavenly Father, and He was also praying to God’s Spirit from the stance of His humanity—it was a very natural thing. When the Lord Jesus was about to be crucified He also prayed to God the Father, and through this we can see His humility and obedience.

“There are still those who say, ‘Did not God expressly state that Jesus was His beloved Son?’ Jesus is the beloved Son of God, in whom He is well pleased—this was certainly spoken by God Himself. That was God bearing witness to Himself, but merely from a different perspective, that of the Spirit in heaven bearing witness to His own incarnation. Jesus is His incarnation, not His Son in heaven. Do you understand? Do not the words of Jesus, ‘I am in the Father, and the Father in Me,’ indicate that They are one Spirit? And is it not because of the incarnation that They were separated between heaven and earth? In reality, They are still one; no matter what, it is simply God bearing witness to Himself. … But at that time, the Spirit in heaven stated only that He was the beloved Son of God, and made no mention of His being the only Son of God. This simply did not happen. How could God have an only child? Then would God not have become man? Because He was the incarnation, He was called the beloved Son of God, and, from this, came the relationship between Father and Son. It was simply because of the separation between heaven and earth” (“Does the Trinity Exist?”).

From these words we can clearly understand that when the Lord Jesus was baptized and the Holy Spirit testified that He was God’s beloved Son, this was God speaking from the point of view of the Spirit. And when the Lord Jesus Christ was praying and called God in heaven “Father,” it was just the Lord Jesus praying to God’s Spirit from the perspective of the flesh. It does not at all prove that the Lord Jesus was the Son of God in heaven. But since we’re not clear on this aspect of the truth and we don’t understand the perspective that God was speaking from, we rely on our own speculations to arbitrarily explain God’s words. That’s why we’ve come up with this notion that the Lord Jesus Christ was the Son of God, but it’s not remotely in line with the truth and it particularly doesn’t match up with the facts.

Why Wouldn’t God Have Directly Testified That the Lord Jesus Was God Himself?

The Holy Spirit not directly testifying that the Lord Jesus was God Himself truly does contain God’s wisdom and will. The Lord Jesus, who worked among mankind, was in fact God donning flesh and becoming human, coming to work and appear to us. No matter how He worked or spoke, or prayed to God the Father, His essence was divine, not human. God is Spirit and we cannot possibly see Him, but how about when He dons the flesh? What we see is a body of flesh; we cannot see God’s Spirit. If the Holy Spirit bore witness that the Lord Jesus was God Himself it would have been difficult for us to accept, because the people of the time had no concept of God becoming flesh. They particularly had no understanding of this when they had just encountered God incarnate, and they would never imagine that such an average-seeming Son of man was actually the embodiment of God’s Spirit, that He was the appearance of God in the flesh. So, even though the Lord Jesus uttered many words while He was working, brought us the gospel of the kingdom of heaven, and revealed many signs and wonders, fully displaying God’s authority and power, His followers did not realize from His work and words that He was God Himself, that He was the manifestation of God. Think back on it—what did people at the time call the Lord Jesus?

The Bible records, “Some say that You are John the Baptist: some, Elias; and others, Jeremias, or one of the prophets” (Matthew 16:14).

It was because the people of that time just acknowledged the Lord Jesus as one of the prophets or referred to Him as “Master”—they didn’t realize that He was God in the flesh. This is why God allowed people to call the Lord Jesus the Son of God for a limited period of time based on people’s stature at the time; He didn’t push people beyond their capabilities, but bore witness that the Lord Jesus was God’s beloved Son in accordance with what people were able to understand. That’s the only thing that could have been in line with people’s notions and that they could easily accept. Since He was doing the work of redemption, no matter what they called the Lord Jesus, as long as they accept His salvation, confessing and repenting to the Lord, they would no longer be condemned under the law—that was enough. God’s kind intentions and wisdom were hidden behind all of this.

When God’s Spirit took on the flesh, even though we couldn’t see His Spirit, His disposition, what He has and is, plus His almightiness and wisdom were all expressed through that flesh. We can fully confirm from the Lord Jesus’ work and words and the disposition He expressed that He was God Himself. The Lord Jesus communicated that the kingdom of heaven was at hand and provided people with the way to repent, opening up the Age of Grace and calling a close to the Age of Law. He expressed a disposition of benevolence and mercy, achieving the work of redeeming mankind. Wasn’t all of this work something that only God Himself could have done? In addition, His words were full of authority and power—what He said came to be, and what He commanded came to fruition. Any word that left His mouth became fulfilled in fact. The Lord Jesus could absolve someone of their sins, quiet the stormy seas, and bring a person back from the dead with a few simple words. From the Lord Jesus’ work and words, we saw God’s authority and power in His rule over all things, and we also saw God’s almightiness, wisdom and wondrous deeds. The Lord Jesus’ work and words were all direct expressions from God’s Spirit and what the Lord Jesus did was God’s own work.

Bible Questions and Answers
Previous: Daily Bible Study: Is All Scripture Given by Inspiration of God?
Next: What Is Christian Devotion?

Gospel Movie Clip "The Gospel Messenger" (2) - Christ Is God Incarnate For the last two thousand years, although believers in the Lord have known that…

Gospel Movie Extract 2 From "The Mystery of Godliness: The Sequel": How to Understand God Incarnate

In the last days, God has become flesh to work to save man. But because we don't understand the truth of the incarnation, we regard God incarnate as t…

How Should We Welcome the Lord When He Comes Knocking at the Door?

By Xiao Fei After I began to believe in the Lord, the brothers and sisters liked to sing a hymn called “Our Beloved Is Knocking at the...

What is the real significance of the Lord Jesus’ redemption? Although we have been redeemed by the Lord Jesus, we still suffer the bondage of sin and often commit sins. Like this, are we truly able to be directly raptured into the kingdom of heaven? Read on to discover the answers.

How Can I Rid Myself of the Pain of Emptiness?

Abraham Sacrificing Isaac: God’s Blessing Is Hidden Behind This

What’s Most Important in Life? A King’s Last Words Give Us Cause for Reflection

How Should Christians Interact With Others in Line With the Lord’s Will?