On the Sixth Day, the Creator Speaks, and Each Kind of Living Creature in His Mind Makes Its Appearance, One After Another

Imperceptibly, the Creator’s work of making all things had continued for five days, immediately following which the Creator welcomed the sixth day of His creation of all things. This day was another new beginning, and another extraordinary day. What, then, was the Creator’s plan on the eve of this new day? What new creatures would He produce, would He create? Listen, that is the voice of the Creator….

As during the previous five days, with the same tone, on the sixth day the Creator ordered the birth of the living creatures that He desired, and that they appeared upon the earth, each according to their kind. When the Creator exerts His authority, none of His words are spoken in vain, and so, on the sixth day, each living creature that He had intended to create appeared at the appointed time. As the Creator said “Let the earth bring forth the living creature after his kind,” the earth was at once filled with life, and upon the land there suddenly emerged the breath of all sorts of living creatures…. In the grassy green wilderness, stout cows, swishing their tails to and fro, appeared one after the other, bleating sheep gathered themselves into herds, and neighing horses began to gallop…. In an instant, the vast expanses of silent grassland exploded with life…. The appearance of these various livestock was a beautiful sight upon the tranquil grassland, and brought with it boundless vitality…. They would be the companions of the grasslands, and the masters of the grasslands, each mutually dependent on the other; so too would they become the guardians and keepers of these lands, which would be their permanent habitat, and which would provide them with all they needed, a source of eternal nourishment for their existence … 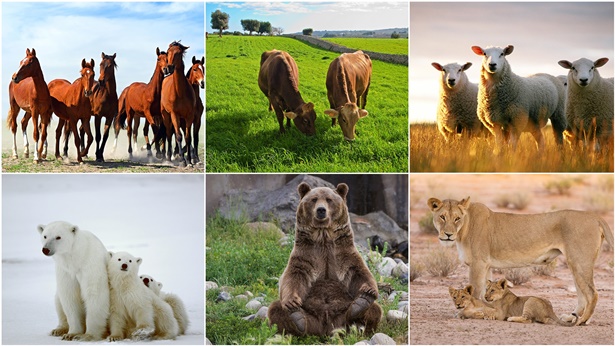 On the same day that these various livestock came into being, by the Creator’s word, a plethora of insects also appeared, one after the other. Even though they were the smallest of the living things among all creatures, their life force was still the miraculous creation of the Creator, and they did not arrive too late…. Some fluttered their little wings, while others slowly crawled; some hopped and bounced, others staggered; some barreled forward, while others quickly retreated; some moved sideways, others hopped high and low…. All were busy trying to find homes for themselves: Some pushed their way into the grass, some set about burrowing holes in the ground, some flew up into the trees, hidden in the forests…. Though small in size, they were unwilling to endure the torment of an empty stomach, and after finding their own homes, they rushed to seek food to feed themselves. Some climbed upon the grass to eat its tender blades, some grabbed mouthfuls of dirt and fed it to their stomachs, eating with much gusto and pleasure (for them, even dirt is a tasty treat); some were hidden in the forests, but they did not stop to rest, as the sap within the glossy dark green leaves provided a succulent meal…. After they were satiated, still the insects did not cease their activity; though small in stature, they were possessed of tremendous energy and limitless exuberance, and so of all creatures, they are the most active, and the most industrious. They were never lazy, and never indulged in rest. Once satiated, still they toiled about their labors for the sake of their future, busying themselves and rushing about for their tomorrows, for their survival…. They softly hummed ballads of various melodies and rhythms to encourage and urge themselves on. They also added joy to the grass, trees, and every inch of soil, making each day, and each year, unique…. With their own languages and with their own ways, they passed on information to all the living things upon the land. And using their own special life course, they marked all things, upon which they left traces…. They were on intimate terms with the soil, the grass, and the forests, and they brought vigor and vitality to the soil, the grass, and the forests, and brought the exhortations and greetings of the Creator to all living things … 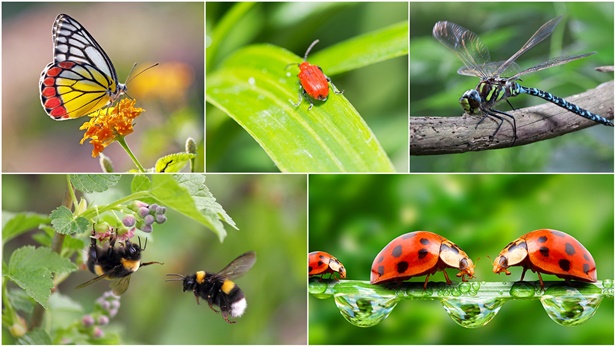 The Creator’s gaze swept across all things that He had created, and at this moment His eyes paused upon the forests and mountains, His mind turning. As His words were uttered forth, in the dense forests, and upon the mountains, there appeared a type of creatures unlike any that had come before: They were the wild animals spoken by the mouth of God. Long overdue, they shook their heads and swished their tails, each with their own unique face. Some had furry coats, some were armored, some bared fangs, some wore grins, some were long-necked, some short-tailed, some wild-eyed, some with a timid gaze, some bent over to eat grass, some with blood about their mouths, some bouncing along on two legs, some pacing about on four hooves, some looking into the distance atop trees, some lying in wait in the forests, some searching for caves to rest, some running and frolicking upon the plains, some prowling through the forests…; some were roaring, some howling, some barking, some crying…; some were soprano, some were baritone, some were full-throated, some were clear and melodious…; some were grim, some were pretty, some were disgusting, some were adorable, some were frightening, some were charmingly naive…. One by one, they each came forth. See how they puffed about, free-spirited, idly indifferent to each other, not bothering to spare a glance for one another…. Each bearing the particular life bestowed upon them by the Creator, and their own wildness, and brutishness, they appeared in the forests and upon the mountains. Contemptuous of all, so completely imperious—who made them the true masters of the mountains and forests? From the moment that their appearance was ordained by the Creator, they “laid claim” to the forests, and “laid claim” to the mountains, for the Creator had already sealed their boundaries and determined the scope of their existence. Only they were true lords of the mountains and forests, and that’s why they were so wild, and so contemptuous. They were called “wild animals” purely because, of all creatures, they were the ones which were truly wild, brutish, and untamable. They could not be tamed, so they could not be reared, and could not live in harmony with mankind or labor on behalf of mankind. It was because they could not be reared, could not work for mankind, that they had to live at a distance from mankind, and could not be approached by man. And it was because that they lived at a distance from mankind, and could not be approached by man, that they were able to fulfill the responsibility bestowed upon them by the Creator: guarding the mountains and the forests. Their wildness protected the mountains and guarded the forests, and was the best protection and assurance of their existence and propagation. At the same time, their wildness maintained and ensured the balance among all things. Their arrival brought support and anchorage to the mountains and forests; their arrival injected boundless vigor and vitality to the still and empty mountains and forests. From this point onward, the mountains and forests became their permanent habitat, and they would never lose their home, for the mountains and forests appeared and existed for them, and the wild animals would fulfill their duty, and do everything they could, to guard them. So, too, would the wild animals strictly abide by the exhortations of the Creator to hold on to their territory, and continue to use their beastly nature to maintain the balance of all things established by the Creator, and show forth the authority and power of the Creator!

Previous: On the Fifth Day, Life of Varied and Diverse Forms Exhibits the Authority of the Creator in Different Ways

Next: Under the Authority of the Creator, All Things Are Perfect