Reunited With the Lord

I was born into a Catholic family, and from an early age my mother taught me to read the Bible. That was during the time the Chinese Communist Party was building up the nation after the civil war, and since the CCP government was suppressing all religions, I was 20 years old before I finally got the chance to go to church and listen to sermons. The priest often said to us: “We Catholics must properly confess our sins and repent. We must do good, not evil, and always go to Mass. During the last days, the Lord is going to come and judge everyone and send people to heaven or to hell based on their behavior. The greatest sinners will suffer eternal punishment in hell, whereas those who commit minor sins can still go to heaven as long as they confess their sins to the Lord and repent. Anyone who doesn’t believe in the Lord will never get to heaven, no matter how good they are.” When I heard this, I rejoiced that I had the good fortune to be born into the Catholic faith. I told myself to be serious in my seeking, attend Mass more often, and confess my sins and repent to the Lord more so that I could go to heaven and not suffer in hell. That’s when I developed the determination to go to church and participate in Mass regularly. The priest also told us then that the Lord would return in the year 2000—we were all elated to hear that, and we all became very earnest in our pursuit, awaiting the Lord’s return. But the year 2000 came and went and we didn’t see any sign of the Lord’s return. Many in our congregation lost their faith, and fewer and fewer people attended Mass. I also felt a sense of disappointment, but I still felt that my faith in the Lord wouldn’t be shaken, no matter what others did. That was because there had been many times when I’d been in danger when the Lord had protected me and I had emerged safely. If it hadn’t been for the Lord’s protection I’d have died long before, so I wasn’t going to be so ungrateful as to lose faith in the Lord. 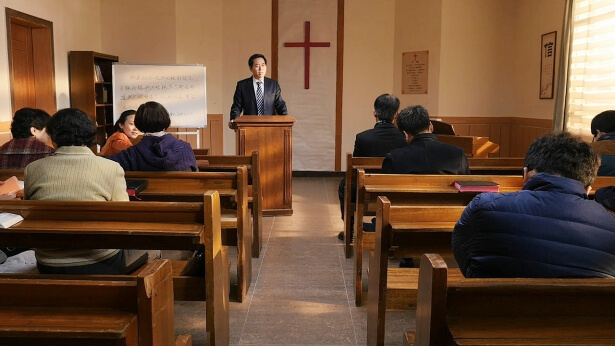 In the following years I heard from people around me that the USA was “heaven on earth,” and so a strong desire to come here grew in me. In December 2014 my entire family immigrated to the U.S., but the reality of life here was nothing like the beautiful picture I’d painted in my mind. At first, everything in the U.S. seemed unfamiliar—we were strangers in a strange land. The environment and climate were very different from what I was used to in China, and I soon began to suffer some physical complaints. I often felt weak and listless, completely devoid of energy, but when I went to see doctors they couldn’t find anything wrong with me. I was at my wit’s end, so I started praying even more sincerely to the Lord, hoping to gain His protection. While keeping up my prayers I began looking for a church where I could attend Mass and eventually found one for Chinese Christians. But after going to the church a few times I discovered that it wasn’t much different from what was going on in everyday society: Members of the congregation were superficially friendly but their interactions were governed by power and money. Seeing this situation in the church was really disappointing for me. I thought to myself: “Oh Lord, when will You return? When You return, the good will be separated from the wicked and the world will be cleansed.” Although I still kept on going to Mass I was never able to feel God’s presence in the church; this left me frequently feeling disappointed and depressed, and it impacted my faith.

One day in July 2015 when I was working out of state, I got a phone call from my wife. She said to me excitedly: “The Lord has returned. He has uttered words and is doing the work of judgment of the last days! Hurry back so that we can accept God’s new work together.” Hearing this, I couldn’t help but feel a bit suspicious. I thought: “The Lord has returned? How is that possible? When the Lord returns it will be to judge the world, and to separate the good from the evil. But now the good and the evil are still mixed together, so why is my wife saying that the Lord has returned? Does she have a different belief system now? We’ve been Catholics for most of our lives, there’s no way we can stray from this path now!” So I finished up my work as quickly as I could and returned home.

Upon returning I asked my wife: “How do you know that the Lord has returned? You haven’t strayed from the path, have you? You’re saying that the Lord has returned to do the work of judgment, but right now the good and the evil are still mixed together, so how could it be that the Lord has already returned? We may long for the Lord’s return, but we can’t be disloyal to Him!” She heard me out and then patiently replied: “It’s okay, don’t worry. I only just found out myself about the Lord’s return. The Church of Almighty God is now bearing witness to the Lord’s return and Almighty God is expressing truths to do the work of judgment beginning with the house of God. I’m not clear on the specifics, but I’ve been reading a lot of the words that Almighty God has expressed online and I’m sure that they are all the voice of God. The Lord once said: ‘My sheep hear my voice: and I know them, and they follow me’ (John 10:27). We can find out whether Almighty God is the returned Lord by going to The Church of Almighty God together to look into it, right?” What my wife said sounded reasonable, and the Lord’s return to do the work of judgment is in line with biblical prophecies, so I figured there was no harm in me going along with her to the church to take a look, and then I could make up my mind. 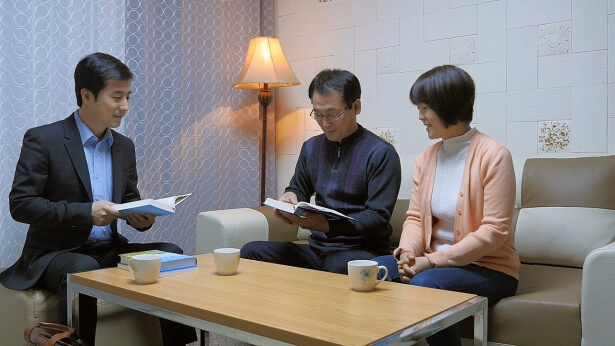 GOSPEL OF THE DESCENT OF THE KINGDOM
The Gospel of the Kingdom of Heaven Jesus' Return, Kingdom of God, The Salvation of God

Previous： I Finally Welcomed the Lord