3. Defining the one true God as the triune God is defying and blaspheming God

3. Defining the one true God as the triune God is defying and blaspheming God 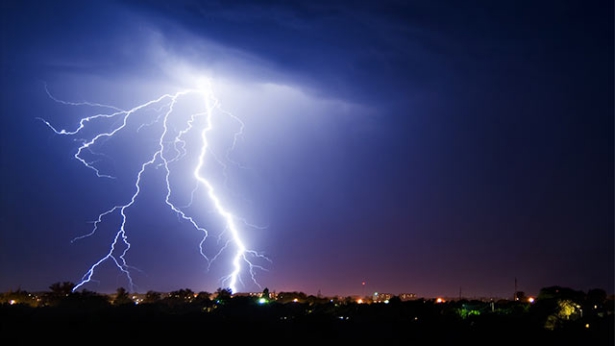 Let Me tell you that, in truth, the Trinity does not exist anywhere in this universe. God has no Father and no Son, much less is there the concept of an instrument jointly used by the Father and the Son: the Holy Spirit. All of this is the greatest fallacy and simply does not exist in this world! Yet even such a fallacy has its origin and is not entirely without basis, for your minds are not so simple, and your thoughts are not without reason. Rather, they are quite appropriate and ingenious, so much so that they are impregnable even to any Satan. The pity is that these thoughts are all fallacies and simply do not exist! You have not seen the real truth at all; you are merely making conjectures and conceptions, then fabricating it all into a story to deceitfully gain others’ trust and to gain dominance over those most foolish of men without wit or reason, so that they believe in your great and renowned “expert teachings.” Is this truth? Is this the way of life that man should receive? It is all nonsense! Not a single word is appropriate! Throughout these many years, God has been split by you in this way, being split finer and finer with each generation, to the extent that one God has been openly split into three Gods. And now it is simply impossible for man to rejoin God as one, for you have split Him up too finely! If not for My prompt work before it was too late, it is hard to say how long you would have brazenly continued this way! To continue splitting God in this way, how can He still be your God? Would you still recognize God? Would you still return to Him? If I had arrived any later, it is likely that you would have sent the “Father and Son,” Jehovah and Jesus back to Israel and claimed that you yourselves are a part of God. Fortunately, it is now the last days. Finally, this day I have long awaited has come, and only after I carried out this stage of work by My own hand has your splitting of God Himself been halted. If not for this, you would have escalated, even placing all the Satans among you onto altars for worship. This is your artifice! Your means of splitting God! Will you continue to do so now? Let Me ask you: How many Gods are there? Which God will bring you salvation? Is it the first God, the second, or the third that you always pray to? Which of Them do you always believe in? Is it the Father? Or the Son? Or is it the Spirit? Tell Me who it is that you believe in. Though with every word you say you believe in God, what you actually believe is your own brain! You simply do not have God in your heart! And yet in your minds are a number of such “Trinities”! Do you not agree?

Man believes that Jehovah is the Father of Jesus, but this was actually not acknowledged by Jesus, who said: “We were never distinguished as Father and Son; I and the Father in heaven are one. The Father is in Me and I am in the Father; when man sees the Son, they are seeing the heavenly Father.” When all has been said, be it the Father or the Son, They are one Spirit, not divided into separate persons. Once man attempts to explain, matters are complicated with the idea of distinct persons, as well as the relationship between Father, Son, and Spirit. When man speaks of separate persons, does this not materialize God? Man even ranks the persons as first, second, and third; these are all but the conceptions of man, not worthy of reference, and utterly unrealistic!

Knowing God is the area in which people are most lacking. They often impose upon God sayings, utterances, and words that are unrelated to Him, believing that these words are the most accurate definition of the knowledge of God. Little do they know that these sayings, which come from people’s imagination, their own reasoning, and their own intellect, bear not the slightest relation to God’s substance. And so, I want to tell you that, in the knowledge in people desired by God, God does not merely ask that you recognize God and His words, but that your knowledge of God is correct. Even if you can only say one sentence, or are only aware of a little bit, this little bit of awareness is correct and true, and compatible with the substance of God Himself. For God detests people’s praise and commendation of Him that is unrealistic and ill-considered. More than that, He hates it when people treat Him like the air. He hates it when, during discussion of topics about God, people speak flippantly, talking at will and without hesitation, talking however they see fit; moreover, He hates those who believe they know God, and are boastful about the knowledge of God, discussing topics about God without constraint or reservation.

Excerpted from “God Himself, the Unique X” in The Word Appears in the Flesh

The three stages of work are the entirety of God’s work in saving mankind. Man must know God’s work and God’s disposition in the work of salvation, and without this fact, your knowledge of God is but hollow words, nothing more than armchair pontification. Such knowledge can neither convince nor conquer man, such knowledge is out of line with reality, and is not the truth. It may be very plentiful, and pleasing to the ear, but if it is at odds with God’s inherent disposition, then God will not spare you. Not only will He not commend your knowledge, but He will also take retribution on you for being a sinner who blasphemed Him. The words of knowing God are not spoken lightly. Though you may be glib and silver-tongued, and your words can bring the dead to life, and make the living dead, still you are out of your depth when it comes to speaking of the knowledge of God. God is not someone that you can judge rashly, or casually praise, or nonchalantly denigrate. You praise anyone and everyone, yet you struggle to the right words to describe the great virtuousness and graciousness of God—and this is what is learned by every loser.

Previous：Why can it be said that the Trinity is the most absurd statement?

Next：What is the truth? What is Bible knowledge and doctrine?

The Word Appears in the Flesh Utterances of Christ of the Last Days (Selections) The Scroll Opened by the Lamb Judgment Begins With the House of God Classic Words From Almighty God, Christ of the Last Days Classic Words of Almighty God on the Gospel of the Kingdom (Selections) Follow the Lamb and Sing New Songs (English) Sermons and Fellowship on Entry Into Life Testimonies for Christ of the Last Days Selections of the Records of the Three Stages of God’s Work God’s Sheep Hear the Voice of God (New Believer Essentials) Listen to the Voice of God    Behold the Appearance of God Testimonies of Experiences Before the Judgment Seat of Christ Classic Questions and Answers on the Gospel of the Kingdom (Selections) The Overcomers’ Testimonies   (Volume I) How I Turned Back to Almighty God Testimonies of Being Guided by the Holy Spirit to Turn Toward Almighty God Classic Examples of Punishment for Resisting Almighty God The Battle Between Justice and Evil A Collection of Sermons for Supply
About Us News Books Hymns Videos Gospel Testimonies Readings Sermons
Solemn Declaration Terms of use Privacy [email protected]