In a vast cosmic sky filled with stars, planets collide, and a series of complex processes give birth to new planets…. Countless celestial bodies in the cosmos all work in harmony—who directs them? The Christian musical documentary—The One Who Holds Sovereignty Over Everything—will soon reveal the true facts!

Daily Words of God | "God's Work, God's Disposition, and God Himself I" (Excerpt 2) 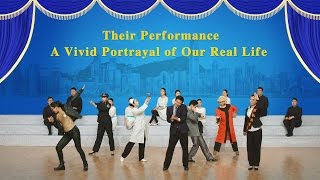