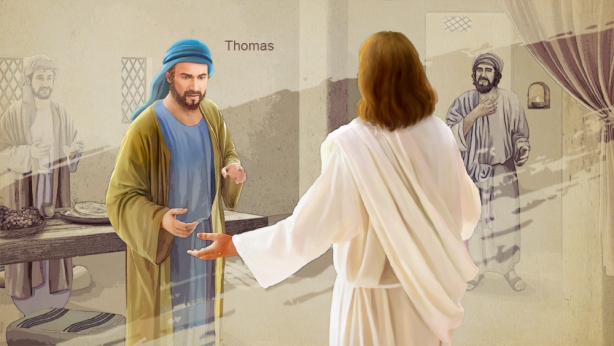 If you are deceitful, then you will be guarded and suspicious toward all people and matters, and thus your faith in Me will be built upon a foundation of suspicion. I could never acknowledge such faith. Lacking true faith, you are even more devoid of true love. And if you are liable to doubt God and speculate about Him at will, then you are, without question, the most deceitful of all people. You speculate whether God can be like man: unpardonably sinful, of petty character, devoid of fairness and reason, lacking a sense of justice, given to vicious tactics, treacherous and cunning, pleased by evil and darkness, and so on. Is not the reason that people have such thoughts because they lack the slightest knowledge of God? Such faith is nothing short of sin! There are even some who believe that the ones who please Me are precisely those who flatter and bootlick, and that those lacking in such skills will be unwelcome in the house of God and will lose their place there. Is this the only knowledge you have acquired after all these years? Is this what you have gained? And your knowledge of Me does not stop at these misunderstandings; even worse is your blasphemy against God’s Spirit and vilification of Heaven. This is why I say that such faith as yours will only cause you to stray further from Me and be in greater opposition against Me.

All those who believe in God, yet do not pursue the truth, have no way of escaping from Satan’s influence. All those who do not live their lives with honesty, who behave one way in front of others but another way behind their backs, who give the appearance of humility, patience, and love though their essence is insidious, cunning, and without loyalty to God—such people are typical representatives of those who live under the influence of darkness; they are the ilk of the serpent. Those who only ever believe in God for their own benefit, who are self-righteous and haughty, who show off, and who protect their own status are people who love Satan and oppose the truth. These people resist God and belong entirely to Satan. Those who are not attentive to God’s burdens, who do not serve God wholeheartedly, who are always concerned with their own self-interests and the interests of their families, who are unable to abandon everything to expend themselves for God, and who never live by His words are people outside of His words. Such people cannot receive God’s praise.

Some people are always claiming that everything they do is for the church when, in fact, they are working to benefit themselves. People like this have the wrong kind of intention. They are crooked and deceitful and most of the things that they do are for their own personal benefit. This kind of person does not pursue love of God; their hearts still belong to Satan and cannot turn toward God. Thus God has no way of obtaining this kind of person.

You ought to know that God likes those who are honest. In substance, God is faithful, and so His words can always be trusted; His actions, furthermore, are faultless and unquestionable, which is why God likes those who are absolutely honest with Him. … You should know whether there is true faith and true loyalty within you, whether you have a record of suffering for God, and whether you have wholly submitted to God. If you lack these, then there remains within you disobedience, deceit, greed, and complaint. As your heart is far from honest, you have never received positive recognition from God and never lived in the light. How one’s fate will work out in the end hinges upon whether they have an honest and blood-red heart, and whether they have a pure soul. If you are someone who is very dishonest, someone with a heart of malice, someone with an unclean soul, then you are sure to end up in the place where man is punished, as is written in the record of your fate. If you claim to be very honest, and yet never manage to act in accordance with the truth or to speak a word of truth, then are you still waiting for God to reward you? Do you still hope for God to regard you as the apple of His eye? Is such thinking not preposterous? You deceive God in all things; how could the house of God accommodate one such as you, whose hands are unclean?

Excerpted from “Three Admonitions” in The Word Appears in the Flesh

“If you are very unwilling to lay bare your secrets—that is to say, your difficulties—before others so as to seek the way of the light, then I say that you are one who will not receive salvation easily and who will not easily emerge from the darkness.” Here God has granted humans a path of practice, and if you do not practice in this way, and merely shout slogans and doctrines, then you are someone who will not receive salvation easily. This is indeed linked to salvation. Being saved is very important to each and every person. Has God referred to this anywhere else? Elsewhere, He seldom refers to the difficulty of being saved, but He does speak of it when talking about being honest: If you do not act in this way, then you are someone who is very difficult to save. “Not receiving salvation easily” means it is difficult for you to be saved and you are incapable of taking the right track to salvation, and so it is impossible to save you. God says this in order to give people some leeway; that is to say, you are not easy to save, but on the other hand, if you put God’s words into practice, there will be hope for you and you can be saved. If you do not put God’s words into practice, and if you never dissect your own secrets or difficulties, or never tell anyone these private things or open up to people about them, never commune with people about them, or dissect them with people in order to lay yourself bare, then there’s no possibility of you being saved. And why is that? If you do not lay yourself bare or dissect yourself in this way, your corrupt disposition will never change. And if you are unable to change, you can forget about being saved. This is what God means in saying these words, and this is God’s will.

Why has God always emphasized that people should be honest? Because it is so important, and it directly relates to whether or not you can be saved. … God wants people who are honest. If you aren’t pure—if you’re treacherous, crooked, and insidious—then you are not an honest person, and if you aren’t an honest person, there’s no chance that God will save you, and you cannot possibly be saved.

In Me everything is righteous and there is absolutely no unrighteousness, no deceit, and no crookedness; whosoever is crooked and deceitful must be a son of hell—must be born in Hades. In Me everything is overt; whatever I say to accomplish is accomplished and whatever I say to establish is established, and no one can change or emulate these things because I am the one and only God Himself.

Deceitful people not only deceive others, but also treat God deceitfully because that is their nature. We can see their nature from the attitude that deceitful people hold toward the word of God: They always harbor doubts about the word of God, and they do not believe it. On this point, deceitful people and honest people are entirely different. Honest people are particularly guileless. They believe whatever God says, obey whatever God says, and do just as God requires. God therefore likes honest people and blesses honest people; it is easiest for honest people to gain the work of the Holy Spirit. A deceitful person is the complete opposite. Regardless of what God says, a deceitful person is always suspicious that it is a device, that it is wisdom, so they are unable to easily accept it and practice it. Deceitful people not only have doubts about the word of God, but they are also adept at studying God’s work. They always try to guess at God’s true motives so that they can make a deal. Obviously, deceitful people are most skilled at bartering. Their philosophy is the philosophy of bartering, the philosophy of not taking a loss. They have even tried to make a deal with God regarding their faith. They are always brooding over whether they will be blessed or cursed in their faith, and are even more anxious about whether they are people of God or service-doers. They are constantly calculating, and any day that they can’t find clarity on this issue is a day they won’t settle down to seek life. Deceitful people are cunning foxes, and the most cunning of all people. For this reason, God hates deceitful people most, and He is unwilling to expend more effort on them or speak to them anymore. Deceitful people are always nitpicking in their approach to the words of God; they investigate His words in search of logic flaws and grounds for argument. Because deceitful people approach the words of God with an attitude of doubt, rebellion, resistance, and disbelief, they utterly lack the work of the Holy Spirit. They do not attain even a speck of enlightenment when reading His words, appearing exceptionally absurd and clumsy. In fact, there are absolutely no contradictions in God’s words, yet they seek to find many places of contradiction and get themselves into trouble. This particularly shows their pitiable lack of enlightenment from the Holy Spirit and of spiritual understanding. From the attitude with which deceitful people approach the word of God, we can see that their nature is unmistakably a satanic nature that resists God. All those who approach the word of God with an attitude of doubt and disbelief are essentially deceitful people who undoubtedly will gain no truth from God’s words, and will only end up being eliminated.

Excerpted from The Fellowship From the Above

What is meant by “leave everything behind and follow God”?

You believe in God and follow God, and so in your heart you must love God. You must cast aside your corrupt disposition, must seek to fulfill God’s desire, and must perform the duty of a creature of God. Since you believe in and follow God, you should offer everything to Him, and should not make personal choices or demands, and you should achieve the fulfillment of God’s desire.

The Lord Jesus Has Redeemed Mankind, So Why Would He Do Judgment Work When He Returns in the Last Days?

Who Can Save Mankind and Revolutionize Our Destiny?

Why Is the God Incarnate of the Last Days Female?

Is the Idea of the Trinity Tenable?

Our Sins Are Forgiven—Will the Lord Take Us Straight Into His Kingdom When He Returns?

The Road to Purification