What is an unbeliever? 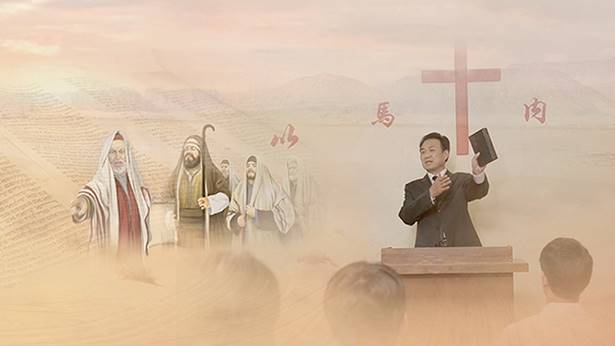 Since you believe in God, you must put faith in all of the words of God and in all of His work. Which is to say, since you believe in God, you must obey Him. If you are unable to do this, then it does not matter whether you believe in God or not. If you have believed in God for many years, and yet have never obeyed Him, and do not accept the entirety of His words, and instead ask that God submit to you and act according to your notions, then you are the most rebellious of all, you are a nonbeliever. How could such people be able to obey the work and words of God that do not conform to the notions of man?

There are some people whose belief has never been acknowledged in God’s heart. In other words, God does not recognize that these people are His followers, because God does not praise their belief. For these people, regardless of how many years they have followed God, their ideas and views have never changed. They are like the non-believers, adhering to the non-believers’ principles and manner of doing things, adhering to their laws of survival and belief. They never accepted the word of God as their life, never believed that God’s word is truth, never intended on accepting God’s salvation, and never recognized God as their God. They regard believing in God as some kind of amateur hobby, treating God merely as spiritual sustenance, so they don’t think it’s worth it to try and understand God’s disposition, or God’s essence. You could say that all that which corresponds to the true God has nothing to do with these people. They’re not interested, and they can’t be bothered to pay heed. This is because deep in their hearts there’s an intense voice that’s always telling them: God is invisible and untouchable, and God doesn’t exist. They believe that trying to understand this kind of God would not be worth their efforts; it would be fooling themselves. They just acknowledge God in words, and don’t take any real stand. They also don’t do anything in practical terms, thinking that they’re pretty clever. How does God look upon these people? He views them as non-believers. Some people ask: “Can non-believers read God’s word? Can they do their duty? Can they say these words: ‘I’ll live for God’?” What man often sees are the surface displays of people, not their essence. Yet God doesn’t look at these surface displays; He only sees their inner essence. Thus, God has this kind of attitude, this kind of definition, toward these people.

Some people do not rejoice in the truth, much less judgment. Instead, they rejoice in power and riches; such people are called power seekers. They search only for those denominations in the world with influence, and they search only for pastors and teachers that come from seminaries. Though they have accepted the way of truth, they are only half-believing; they are incapable of giving all of their hearts and minds, their mouths speak of expending themselves for God, but their eyes are focused on the great pastors and teachers, and they do not spare Christ a second glance. Their hearts are fixated upon fame, fortune, and glory. They think it out of the question that such a meager person could be capable of conquering so many, that one so unremarkable could perfect man. They think it out of the question that these nobodies among the dust and dunghills are the people chosen by God. They believe that if such people were the objects of God’s salvation, then heaven and earth would be turned upside down, and all people would laugh themselves silly. They believe that if God chose such nobodies to be perfected, then those great men would become God Himself. Their perspectives are tainted with unbelief; more than not believing, they are simply preposterous beasts. For they value only status, prestige, and power, and they esteem only large groups and denominations. They have not the slightest regard for those led by Christ; they are simply traitors who have turned their backs on Christ, on truth, and on life.

What you admire is not the humility of Christ, but those false shepherds of prominent standing. You do not adore the loveliness or wisdom of Christ, but those libertines who wallow in the filth of the world. You laugh at the pain of Christ who has no place to lay His head, but you admire those corpses that hunt for offerings and live in debauchery. You are not willing to suffer alongside Christ, but you gladly throw yourself into the arms of those reckless antichrists, though they only supply you with flesh, words, and control. Even now, your heart still turns toward them, toward their reputation, toward their status, toward their influence. And yet you continue to hold an attitude whereby you find the work of Christ hard to swallow and you are unwilling to accept it. This is why I say that you lack the faith to acknowledge Christ. The reason you have followed Him to this day is only because you had no other option. A series of lofty images are forever towering in your heart; you cannot forget their every word and deed, nor their influential words and hands. They are, in your heart, forever supreme and forever heroes. But this is not so for the Christ of today. He is forever insignificant in your heart, and forever undeserving of reverence. For He is far too ordinary, has far too little influence, and is far from lofty.

In any case, I say that all those who do not value the truth are nonbelievers and traitors to the truth. Such men shall never receive the approval of Christ.

Excerpted from “Are You a True Believer in God?” in The Word Appears in the Flesh

If, in their belief in God, people don’t frequently live before God, they have no fear for God in their hearts, and so are incapable of shunning evil. These are connected. If your heart often lives before God, you will be held in check, and will fear God in many things. You will not go too far, or do anything that is dissolute. You will not do that which is loathed by God, and will not speak words that have no sense. If you accept God’s observation, and accept God’s discipline, you will avoid doing many evil things—and you will thus shun evil, right? If, in your belief in God, you often exist in a state of bewilderment, not knowing whether God is in your heart, not knowing what you wish to do in your heart, and if you are incapable of being at peace before God, and don’t pray to God or seek the truth when something happens to you, if you often act according to your own will, live according to your satanic disposition and reveal your arrogant disposition, and if you do not accept God’s scrutiny or God’s discipline, and you do not obey God, then people like this always live before Satan and are controlled by their satanic disposition. Such people are therefore without the slightest reverence for God. They are simply incapable of shunning evil, and even if they don’t do evil things, everything they think is still evil, and it is unconnected to the truth and goes against the truth. So do such people basically have no connection to God? Though they are ruled by God, they have never reported before God, they have never treated God as God, they have never treated God as the Creator who rules over them, they have never acknowledged that God is their God and their Lord, and they have never considered worshiping God with their hearts. Such people don’t understand what it means to fear God, and they think it’s their right to commit evil, saying: “I’ll do what I want. I’ll take care of my own business, it’s not up to anyone else.” They think it’s their right to commit evil, and they treat faith in God as a kind of mantra, as a form of ceremony. Does this not make them unbelievers? They are unbelievers!

Excerpted from Sermons and Fellowship on Entry Into Life

The essence of Pharisees was hypocrisy. They believed in God but didn’t love the truth or seek life. They only believed in a vague God up in heaven and their own notions and imaginations, but they didn’t believe in or acknowledge Christ incarnate. Strictly speaking, they were all unbelievers. Their believing in God was researching theology and treating faith in God as a form of knowledge to conduct research. Their livelihoods depended on researching the Bible and theology. In their hearts, the Bible was their livelihood. They thought the better they were at explaining biblical knowledge and theological theory, the more there would be people who worshiped them and the higher and more firmly they could stand on the podium, and the more stable their status would be. It was precisely because the Pharisees were people who only lived for their status and livelihood, and were people who were fed up with and despised the truth, that when the Lord Jesus became flesh and came to work, they stubbornly held on to their own notions and imaginations and biblical knowledge for the sake of protecting their own status and livelihood, stopping at nothing to resist and condemn the Lord Jesus and oppose God. …

In religion, many people believe in God under the control of Pharisees, fully following them and listening to them. Like them, they only study the Bible and theology, only paying attention to understanding biblical knowledge and theological theory, and never focusing on seeking the truth or practicing the Lord’s words. Like the Pharisees, they only believe in a vague God up in heaven, but don’t believe in Christ incarnate of the last days—Almighty God. No matter how authoritative and powerful the truths expressed by Almighty God, they still stubbornly hold on to their notions and imaginations, and follow pastors and elders in resisting and condemning Almighty God. Needless to say, they are the same type of people as the Pharisees, and are walking the God-resisting path of the Pharisees. Even if they are not following the Pharisees, they are still the same type of people as the Pharisees and are also the descendants of the Pharisees because their nature and essence are the same. They are all unbelievers who only believe in themselves but don’t love the truth! They are antichrists who hate the truth and oppose Christ!

Previous: Why should mankind believe in God?
Next: Why is the world so dark and wicked? With mankind being at the height of corruption, should it be destroyed?