My name is Liu Wen, and I’m 80 years old this year; I accepted Almighty God’s work of the last days in 2006. Because of my age, I couldn’t go out and perform my duty like the other brothers and sisters, so the church leaders arranged for me to host gatherings. I was very happy to have a duty I could perform, and from then on I warmly welcomed brothers and sisters into my home; no matter when the gatherings were held, I never complained at all. So, I thought that I was devoted to God and that my actions were certainly acceptable to Him. However, when an exam found that I had colorectal cancer that had already become advanced, I did complain to God. Being exposed through this I saw my own incorrect pursuit.

A Sudden Illness Leaves Me Complaining

In June 2013 I started feeling a little physically unwell; I was getting diarrhea four or five times a day. I thought it was some sort of digestive issue, so I didn’t think too much of it. After some time I started seeing blood in my stool; I figured it was hemorrhoids, and I still didn’t pay it much mind, nor did I go to the doctor. Then one day I went to my sister’s house and she noticed I was looking jaundiced and had lost weight. She asked me, concerned, “Why have you gotten so thin? The woman right across the way was the same age as you and was having health issues that she ignored. Then when she did go to the hospital for a checkup she found out she had colorectal cancer. She spent a lot of money on treatments but never got better. She lost her life and her money. You really should go see a doctor as soon as possible and get a physical.” Hearing her say this was a little unsettling; I thought of how I’d been having consistent health problems for the last little while and wondered if there really was something wrong with me. After I got home I told my family about my symptoms; my son, my daughter, and her husband rushed me to the city hospital for a checkup. The doctor said that my condition was serious and told my son to get me to the provincial hospital as soon as possible for more tests. Hearing the doctor say that, my kids were on the verge of tears and rushed me to the provincial hospital. Realizing my condition had to be really serious, my heart leapt into my throat and tears welled up in my eyes. I thought, “What if I really do have intestinal cancer, and they’re having me transferred to another hospital because they can’t treat it?” My heart sank—if I really was going to die from this disease, wouldn’t my days as a believer be over?

That evening I was in a lot of pain and couldn’t help but feel some weakness in my heart. I thought, “Since gaining my faith I’ve been enthusiastically performing my duty and I’ve never complained. Why hasn’t God protected me? Why has He allowed me to become seriously ill?” The more I thought about it, the more negative I became, and before I knew it I had sunk into darkness. I was really suffering. I then realized that I shouldn’t think that way, so I quickly called out to God in prayer silently: “Oh God, I know that I shouldn’t complain to You, but I can’t overcome the pain of the flesh. Please protect my heart so that I can stand witness for You.”

After praying, these words from God came to mind: “While undergoing trials, it’s normal for people to be weak, or have negativity within them, or to lack clarity on God’s will or their path for practice. But in any case, you must have faith in God’s work, and not deny God, like Job. Although Job was weak and cursed the day of his own birth, he did not deny that all things in human life were bestowed by Jehovah, and that Jehovah is also the One to take it all away. No matter how he was tested, he maintained this belief. … When Job reached this point, God appeared to him and spoke to him. That is, it is only from within your faith that you will be able to see God, and when you have faith God will perfect you. Without faith, He cannot do this. God will bestow upon you whatever you hope to gain. If you don’t have faith, you cannot be perfected and you will be unable to see God’s actions, much less see His omnipotence. When you have faith and you can touch His actions in your practical experience, God will appear to you, and He will enlighten and guide you from within. Without that faith, God will be unable to do that. If you have lost hope in God, how will you be able to experience His work? Therefore, only when you have faith and you do not harbor doubts toward God, only when you have true faith in Him no matter what He does will He enlighten and illuminate you in your experiences, and only then will you be able to see His actions. These things are all achieved through faith, and faith is only achieved through refinement—faith cannot develop in the absence of refinement” (“Those Who Are to Be Made Perfect Must Undergo Refinement”).

I understood from God’s words that this kind of illness and pain came upon me with God’s permission. It was God’s trial for me; He wanted to test my faith in Him and have me grow in my life. Although my flesh was weak and in pain, I couldn’t be discouraged and disappointed in God, living within negativity and internal weakness. What I should do is seek God’s will, obey His orchestrations and arrangements, and rely on my faith to get me through this. That was the only way I’d be able to see God’s deeds. I thought of the story of Job in the Bible—when he faced the trials of his possessions being stolen, his children being wiped out, and he himself was covered with boils, he didn’t complain to God at all. Instead, he believed in God’s rule and knew that everything he faced was happening with God’s permission. He knew that he was just a created being, and whether God gave or took away, he had to maintain a heart of reverence for God and submit to God’s orchestrations and arrangements. He had to continue to praise the name of Jehovah even through his fleshly suffering. So when Job encountered his friends’ judgment and his wife’s attacks, he stayed on the path of fearing God and shunning evil; he held on to his faith in God, and ultimately was able to stand witness for God through those trials. This made me reflect on myself: I weakened when I became ill and suffered a bit, and even misunderstood God and complained to Him. I was completely lacking submission. Doesn’t that show that I had faith and performed my duty not to meet God’s will and be considerate of it, but for my own blessings and safety? When I was in good health, I gave thanks for God watching over me and protecting me, but when I became ill and my life was in danger, I complained that God wasn’t protecting me. That kind of faith is full of impurities—it’s a transactional faith, it’s trying to deceive and exploit God. I wanted to perform my duty to achieve my goal of gaining blessings. God detests, hates that kind of faith and it is not praised by Him. Compared to Job’s conscience and reason, his faith in God and his testimony, I saw how selfish and despicable I was, totally lacking a conscience and reason. I really wasn’t worthy of being saved by God! Once I understood all of that I became willing to shift my faulty perspective of believing in God to gain blessings and safety and to emulate Job. Whether I recovered from my illness or not, no matter how much longer I had to live, all I wanted was to submit to God’s rule and stand witness for Him.

My test results came back five days later; the doctor diagnosed me with late stage colorectal cancer. The situation was very dangerous and I had to undergo surgery right away. My kids were so worried they were crying, and my son asked the doctor, “Will the surgery be successful?” The doctor replied, “The patient’s at an advanced age and doesn’t have a robust constitution. The success rate for the surgery is low, so we can’t make any guarantees. However, we’ll do everything we can.” In spite of my resolve to submit to God’s rule, hearing the doctor say this was upsetting and I felt like death was inching closer and closer to me. Fear and helplessness surged in my heart and I thought, “Is this really how I’m going to be taken away from my children and the world for good? I was poor from the time I was little, and we never had much after getting married. It’s been a hard road to get here, with a bustling house full of children and grandchildren. Just as I’m starting to enjoy life I’m going to have to walk away from it. My days as a believer in God are also going to end this way and I’ll never again have the opportunity to read God’s words with my brothers and sisters, nor will I see the beautiful sight of Christ’s kingdom being realized on earth.” Thinking of all this, I couldn’t help but weep and weep as wave after wave of pain and misery washed over me. All I could do was quietly call out to God in my heart, “Oh God! Hearing the doctor say how low the chances are of successfully treating my illness is leaving me feeling weak and negative. I’m afraid of dying. God, please give me faith and strength so that I am not constrained by thoughts of death, so I don’t complain to You, I’m able to submit to Your rule and orchestrations, and can stand witness to satisfy You.” 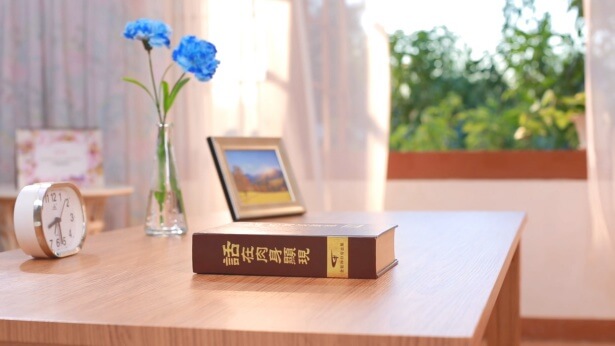 After I prayed my heart steadied a little bit, and I thought of God’s words. “Almighty God, the Head of all things, wields His kingly power from His throne. He rules over the universe and all things and He is guiding us on the whole earth. … Almighty God is an all-powerful physician! To dwell in sickness is to be sick, but to dwell in the spirit is to be well. If you have but one breath, God will not let you die” (“Chapter 6” of Utterances of Christ in the Beginning). God’s words provided me with faith and strength. God is almighty; the entire universe and all things are in His hands, as is my life and death. If God does not permit my death, no one can take my life away from me. If I really do die, then God’s will is within that, and even though I can’t fathom it, I should still submit to His orchestrations and arrangements and stand witness for God, following the example of Job. At this thought I felt less upset and no longer felt so constrained by the thought of death. I felt willing to truly submit to God within my heart.