When my relatives heard that I had late stage colorectal cancer they all thought I was definitely going to die. One after another, they came to the hospital to see me and even discussed funeral arrangements with my children. However, I wasn’t nervous or suffering; I felt very much at peace. When I was about to go in for surgery I saw how worried and afraid my children were for me, so I tried to advise and comfort them. “Don’t worry about me. I’m already so old—if something unfortunate happens, don’t be upset on my behalf. Just accept that it’s my destiny.”

As the doctor was bringing me into the operating room, I prayed to God in my heart, “Oh God, I believe that You are the Ruler of all things and that my fate is in Your hands. Even if I do die today, I will submit to Your rule and arrangements.” 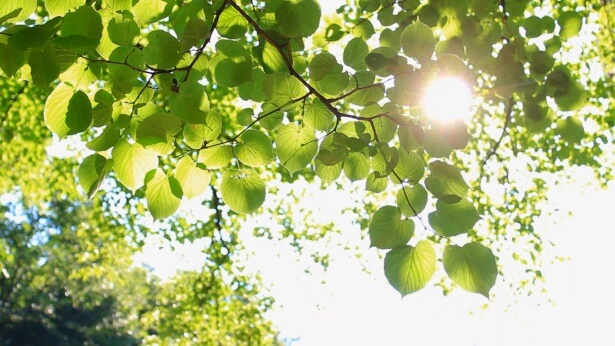 After four and a half hours, my surgery was completed without a hitch, and then an hour and a half after that I regained consciousness. I felt like I had just been asleep. My family was all in a fluster when they saw that I was awake; my kids were overjoyed to see me, and said, “Mom, you’re awake, that’s wonderful!” My brother said happily, “The way you looked when you came out of surgery was so scary—we thought you weren’t going to be okay, and the doctor said that if you never woke up then the surgery couldn’t be counted a success. I hadn’t imagined that you’d actually come to. That God you believe in is so wonderful—it must have been your faith that saved your life! I really should thank your God!” I nodded, and in my heart offered up my thanks and praise to God.

All the other patients in the ward who were recovering from surgery were all moaning and crying out in pain, but with God’s protection, I felt fine. The doctor said to me, “In this hospital, your case really is a miracle. You’re of an advanced age and physically weak, but after such major surgery you still regained consciousness and have such great strength—even after surgery you haven’t moaned or groaned a bit.” When the doctor said this I had to give my thanks and praise to God: “It’s entirely because of God’s love that I’ve made it through this, and it’s only because of His protection that I haven’t been in a lot of pain. I certainly couldn’t do this by myself. I’m so grateful to God for saving me!”

God’s words say, “God is never absent from the heart of man, and lives among man at all times. He has been the driving force of man’s living, the fundament of man’s existence, and a rich deposit for man’s existence after birth. He causes man to be reborn, and enables him to tenaciously live in his every role. Thanks to His power, and His inextinguishable life force, man has lived for generation after generation, throughout which the power of God’s life has been the mainstay of man’s existence, and for which God has paid a price that no ordinary man has ever paid” (“Only Christ of the Last Days Can Give Man the Way of Eternal Life”). God is the Creator and the source of our lives, and He is also the foundation of our existence. It’s His life force that supports the ongoing survival of each one of us. I thought back to when I was undergoing surgery and my whole family thought I would die and were even discussing my funeral arrangements. The doctor also said that the success rate was really low, but miraculously, I lived. I really saw that people’s fate, that their life or death is not in the doctors’ hands, and it’s not determined by advanced technology. Our life or death is entirely within God’s hands, under His rule. God’s authority surpasses all else; it is like no other and cannot be doubted!

I Gain True Faith and Trust and God Performs Another Miracle

I recovered very quickly after surgery and was discharged just twelve days later. The doctor told my family that once my wounds were fully healed I should go back to the hospital as soon as possible for chemotherapy; if the cancer cells were to spread it would be really problematic and I probably wouldn’t last long. I knew very clearly in my heart that it was God’s decision whether I lived or died, and that if God wanted my day to come, even with chemotherapy I would still die. I thought, why bother with the suffering of getting chemotherapy? I wanted to leave my disease completely in God’s hands and lean on Him through this.

After returning home, when the other villagers saw me they happily said, “That God you believe in must have saved you, that you made it through such a serious illness!” Excitedly, I replied, “It’s true! I thank God for saving my life.” After convalescing at home for just two days I was able to go back to work in the vegetable garden. My neighbors were all shocked to see me and said, “How can you be digging in the garden after such a serious illness? That’s incredible!” Hearing them say this, I felt filled with gratitude toward God and couldn’t help but quietly reflect on God’s love, and offer up my praise to Him.

When my brothers and sisters heard that I had been discharged they all came to see me; I once again started living a life of the church and doing my duty. I went back to the hospital for a checkup about six months later, one doctor saw me and said in shock, “Wow, I never would have imagined that someone in their 70s with late stage colorectal cancer could recover without any chemotherapy or medication. You’re even more energetic than before—it’s just incredible!” Another doctor gave me a thumbs up and said, “You’re so lucky! Not long ago there was a 38-year-old woman and a 42-year-old man who had the same kind of cancer, and both of them ended up dying. It’s really admirable that you’ve survived this at your age!” Seeing their surprise, I knew very clearly in my heart that this was God’s doing, and that only God can perform such a miracle of life and that this was a manifestation of God’s authority. Just as God’s words say, “Man’s life originates from God, the existence of the heaven is because of God, and the existence of the earth stems from the power of God’s life. No object possessed of vitality can transcend the sovereignty of God, and no thing with vigor can break away from the ambit of God’s authority” (“Only Christ of the Last Days Can Give Man the Way of Eternal Life”).

Looking Back and Seeing God’s Love 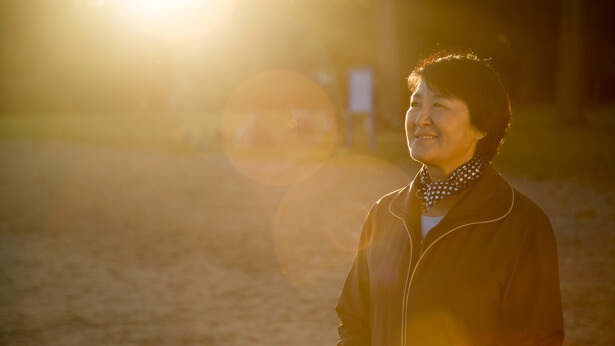 This very special experience has been indelibly etched into my memory. When I think of God’s love I deeply feel my indebtedness to Him. Though I was always performing my duty and reading God’s words over many years of faith, I still didn’t know how to seek in a way that would be in line with God’s will. Instead, I just superficially expended efforts in order to conduct transactions with God, to get God’s grace and blessings in return. Yet I thought of myself as devoted to God, and that God would certainly approve of this. If it hadn’t been for that illness, my problematic perspectives on faith never would have been revealed and I wouldn’t have seen my own selfish, despicable satanic disposition. I would have continued to base my faith in my incorrect perspectives, and if I had believed in that way until the very end I certainly couldn’t have gained God’s approval. I would have been rejected, eliminated by God. I thought of how, when I was sick, I misunderstood God and blamed Him, but He had mercy on me, judging and exposing me through His words so that I could gain understanding of my own corrupt disposition. It was so I could know that as a created being, I should submit to God’s orchestrations and arrangements and fulfill my duty—that is the type of reason I should possess. When I felt weak and passive in the face of death, God’s words watered and nourished me, giving me faith and strength, giving me the confidence to submit to God’s rule and arrangements. I was no longer constrained by the thought of death and was able to stand witness. God’s love for me is so great—not only did He cure me of my sickness, but He transformed my erroneous perspective on pursuit. That truly was God’s particular grace and salvation for me!

It’s now been five years. I haven’t taken any medication or gone through chemotherapy, and my health keeps on improving. When I think of myself receiving God’s protection while I was on a one-way track to death and surviving, I can’t help but sing out God’s praises. Pondering the grace of God’s salvation, I resolve to hand over the rest of my life to God, to use every day I have to repay God’s love and never again demand anything from God or conduct transactions with Him. I only wish to put all of my strength into performing the duty of a created being. Thank God!

Next：Testimony of Faith: Miraculously Surviving Attack by a Swarm of Wasps