The Mystery of the Resurrection of the Dead

Brothers and sisters, may you have peace in the Lord! Thank the Lord for His preparations that have allowed us to fellowship the truths of the Scriptures here, and may the Lord guide us. Today, I want to fellowship with everybody about the topic “resurrection of the dead.”

As people who believe in the Lord all know, the resurrection of the dead refers to something that will happen when Jesus returns. This is also something that we as Christians are looking forward to seeing. Now, just how can “the dead” be resurrected? Many people will think of chapter 37, verses 5–6 in the Book of Ezekiel: “Thus said the Lord Jehovah to these bones; Behold, I will cause breath to enter into you, and you shall live: And I will lay sinews on you, and will bring up flesh on you, and cover you with skin, and put breath in you, and you shall live; and you shall know that I am Jehovah.” In the Gospel of John, chapter 6, verse 39, Jesus said: “And this is the Father’s will which has sent Me, that of all which He has given Me I should lose nothing, but should raise it up again at the last day.” In chapter 15, verses 52–53 in the Book of 1 Corinthians, it reads: “In a moment, in the twinkling of an eye, at the last trump: for the trumpet shall sound, and the dead shall be raised incorruptible, and we shall be changed. For this corruptible must put on incorruption, and this mortal must put on immortality.” Furthermore, if people go by the literal meaning of these verses, they will believe that, in the last days, when the Lord comes, He will perform many great and miraculous things. With His almightiness, He will resurrect the bodies of the saints that have been sleeping for generations in the Lord. He will raise them up from their graves, from underneath the earth or from underneath the sea. At that time, the millions of skeletons that have already rotted beneath the ground or that have long been lost under the sea will instantly be given new life, they will become immortal and enter into glory. How spectacular this scene will be! These are also our perspectives and imaginings about the resurrection of the dead. Just how will this prophecy be fulfilled? Is it really going to be as supernatural as we imagine? Will the Lord accomplish the resurrection of the dead in accordance with our imaginations?

We all know, God’s wisdom is higher than the heavens. What God does exceeds our thoughts and imaginations. In the Bible, it is recorded: “For My thoughts are not your thoughts, neither are your ways My ways, said Jehovah. For as the heavens are higher than the earth, so are My ways higher than your ways, and My thoughts than your thoughts” (Isaiah 55:8–9). As creations before God, we are as insignificant and lowly as dust. We will never be able to fathom God’s work. This is similar to that which is recorded in the Bible when Jesus talked to Nicodemus about the way of rebirth: “Except a man be born again, he cannot see the kingdom of God” (John 3:3). Nicodemus understood the words of Jesus in a literal sense. He believed rebirth meant emerging once again from one’s mother’s womb. Using his mind and imagination, he understood a spiritual matter as if it were a matter of the material world, and this sort of understanding is totally wrong. Additionally, when Jesus was talking with the woman from Samaria, He said, “But whoever drinks of the water that I shall give him shall never thirst” (John 4:14). At that time, the woman from Samaria did not understand what the Lord was saying. She thought that “the water” the Lord was offering was the same water that people drank. As a result, she said, “Sir, give me this water, that I thirst not, neither come here to draw” (John 4:15). Actually, the water that Jesus was referring to was the Lord’s word. He was referring to the water of life. The woman from Samaria only understood the literal meaning of what Jesus said and thus she misunderstood the meaning. From this we can see that God’s word is the truth and it conceals the mysteries of God’s work. If God did not reveal these mysteries, our understanding would be very limited. Likewise, if we only understand the literal meaning of the prophecy, resurrection of the dead, wouldn’t we be making the same mistake that Nicodemus and the woman from Samaria made? Therefore, when it comes to prophecies, we must maintain reverence, seek more, absolutely not interpret the text literally, not rely on our conceptions and imaginings to delimit them and, furthermore, not rely on our own personal meaning to explain them. 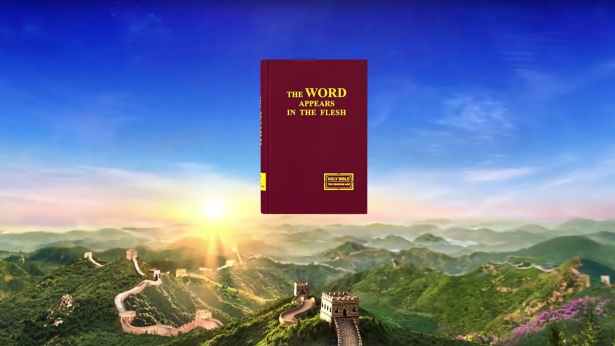 Now, just what does resurrection of the dead refer to? What do “dead person” and “living person” refer to? For thousands of years, not a single person has been able to clearly answer this question. Only God is able to unveil these mysteries. Now, the Lord has already returned in the form of the incarnate Almighty God. He has expressed millions of words and has uncovered all the mysteries that are within the Bible. Let’s all take a look together at the words of Almighty God. Almighty God says: “God created man, after which man was corrupted by Satan, and this corruption has made people into ‘dead bodies’—and thus, after you have changed, you will be different from these dead bodies. It is the words of God that give life to people’s spirits and cause them to be reborn, and when people’s spirits are reborn they will have come alive. Mention of the ‘dead’ refers to corpses that have no spirit, to people in whom their spirit has died. When people’s spirits are given life, they come alive. The saints that were spoken of before refer to people who have come alive, those who were under Satan’s influence but defeated Satan. … Originally the man made by God was alive, but because of Satan’s corruption man lives amid death, and lives under the influence of Satan, and so these people have become the dead who are without a spirit, they have become enemies who oppose God, they have become the tools of Satan, and they have become the captives of Satan. … The dead are those who have no spirit, those who are numb in the extreme, and who oppose God. Moreover, they are those who do not know God. These people have not the slightest intention of obeying God, they only rebel against Him and oppose Him, and have not the slightest loyalty. The living are those whose spirits have been reborn, who know to obey God, and who are loyal to God. They are possessed of the truth, and of testimony, and only these people are pleasing to God in His house. God saves those who can come alive, who can see God’s salvation, who can be loyal to God, and willing to seek God. He saves those who believe in God’s incarnation, and believe in His appearance” (“Have You Come Alive?” in The Word Appears in the Flesh).