Through the Great Tribulation, I Have Reaped Great Benefits

God said: “Based on their different functions and testimonies, the overcomers within the kingdom will serve as priests or followers, and all those who are victorious amid tribulation will become the body of priests within the kingdom. … In the body of priests there will be chief priests and priests, and the remainder will be the sons and people of God. This is all determined by their testimonies to God during tribulation; they are not titles that are given at whim” (“God’s Work and Man’s Practice” in The Word Appears in the Flesh). “The time of the tribulation will not be too protracted—it will not even be a year. If it were to last for a year it would delay the next step of work, and people’s stature would be inadequate. If it were too long they wouldn’t be able to withstand it—their stature has its limitations” (“How You Should Walk the Final Stretch of the Path” in The Word Appears in the Flesh). When I read these words, I thought: “Position in the kingdom will be determined based on how people testify during the tribulation; these testimonies could influence someone’s fate. When the tribulation comes upon me, I will have to grit my teeth and put forth enough energy, and I will certainly offer a beautiful testimony. That way I will be able to obtain great blessings; besides, the tribulation won’t last too long–it will be less than a year. No matter what happens, I’ll be able to endure this period of hardship.” By being dominated by thoughts of obtaining blessings I made up my mind to get ready for the tribulation; I thought that by relying on my own “faith” and “will,” I would be able to be an overcomer in the tribulation. 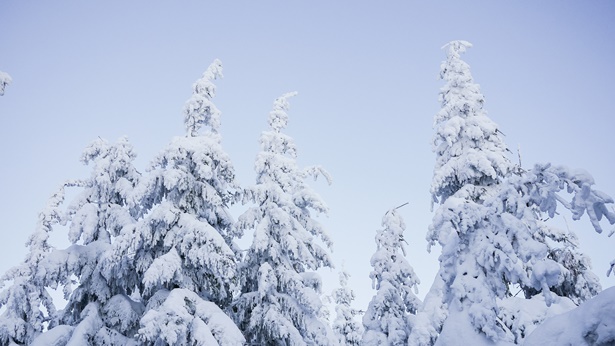 However, God’s work of saving people is so wonderful and so wise that it really is unfathomable to man. In 1996, we all entered into the great tribulation through God’s arrangement. But when the tribulation came upon us, no one was aware of it; everything happened so naturally, my true face and disgraceful situation of being an opportunist came to light during the trial of the great tribulation.

In June and July of 1996, I was in another part of the country fulfilling my duty. One day, the leaders of the local church came and told us that the recent situation was not very good and that Sister so-and-so had been arrested by the CCP police. When we heard of this, we wanted to pray for this sister and didn’t think of much else, because we all knew that it was a common occurrence for people to be arrested for their belief in God in China, a country that persecuted God like this. But, it wasn’t many days before we heard that a few more brothers and sisters were arrested. After a few more days, we heard that a dozen or so were arrested, and many well-known believers and many church leaders were secretly listed as wanted. There were also some who had bounties for their arrests. The local leaders were also on the blacklist of the CCP government to be arrested. I sensed that things were not good: It looked like the CCP government was trying to destroy the believers in one fell swoop. A kind of terror in the atmosphere enveloped us; we didn’t know what to do in this kind of situation; we wanted to contact the upper-level leaders and ask them how to proceed, but we couldn’t contact them. Later we found out that the tribulation had begun a month earlier. But at that time we were numb in spirit and we didn’t dare make wild guesses and define God’s work. Therefore we didn’t know that this was the great tribulation. All we could feel was the dark hand of the CCP government pressing close to us and the work of the church couldn’t progress because of it. In facing this kind of plight, we faintly became aware that God was allowing the work to be obstructed; God was leading us to stop the work and hide ourselves and lose no time returning back to our hometowns. That way we would be safer. Consequently, we were forced to disperse and return to our respective hometowns.

I had only been home for a week when a sister came and gave me a letter saying that a brother in our church was arrested, and I needed to immediately leave home. At this time I was just like a deer in the headlights; I didn’t have any faith and I only had one thought in my heart: “Quickly hide and don’t allow the police to capture me, because the CCP is too deplorable and cruel, and the vicious methods it uses to ravage believers are savage beyond compare. If I fall into the hands of the demon, the consequences would be unimaginable.” Following this, a sister introduced me to the mountains to cook for the miners. I was there with two sisters and we took advantage of the times when no one was around to read the words of God, fellowship about the truth and sing hymns to praise God. Because we had a supply of God’s words, each day was very enriching. However, in less than a month, the CCP police came to check up on us and I had no choice but to quickly leave. Afterward I came to a restaurant to work. Everyone I came into contact with was an unbeliever and I didn’t have any common language with them; moreover, I didn’t have God’s word nor the sermons in this kind of environment, to the point that it was difficult to even offer a proper prayer. I felt lonely and desolate and my heart couldn’t help but start complaining. I even began to have the desire to betray God, and I thought to myself: “Believing in God is really not easy and I am on edge all day; I am wandering in a world that lacks justice; when will these days be over? If I didn’t believe in God, living an easy and stable lifestyle like the unbelievers, wouldn’t that be wonderful?” Even though my heart thought this way, I didn’t dare leave God; I also felt like I couldn’t leave God, the thought of leaving God caused me pain. Yet since I didn’t love reading God’s words in the past, didn’t pursue truth, and I didn’t remember many of God’s words, therefore, the moment I left the books of God’s word, I was not able to remember one line of them. Without God’s words of life supporting me, I was just like a fool. I didn’t know what to do with myself or what to seek after. I just forced myself to get through each day. What was God’s will? Why did He arrange this for me? How could I practice and satisfy God? I didn’t have the inclination to ponder this. Even worse, my belief in the omnipotence and wisdom of God and in God’s universal dominance was lost, all I thought about was my hardships. It got to the point that when a sister came to ask me to go visit some brothers and sisters, I declined because I was cowardly and afraid of being arrested. I relied on my mind and thoughts, thinking that this situation would not get any better. During this period of time, the CCP government will frantically suppress and arrest everyone who sincerely believes in God. I must protect myself well. During the two and a half months that I worked in the restaurant, my heart became more and more distant from God, almost to the point that I only acknowledged God’s name, but didn’t have God in my heart. My heart was often attracted to the sensual pleasures; I wanted to run away from God’s hand and live the life of the unbelievers. I didn’t know why, but over the next few days I especially missed God and the brothers and sisters; I missed my former church life. While being by myself, I always couldn’t help but cry. My heart was sorrowful: “Oh God, all day I am with the unbelievers; if I am not working, then I am eating or having a boring conversation. I feel far from You. Only You know the emptiness and pain in my heart. Oh God, when will this long night pass? When will we be set free to believe in God, gathering together, performing our duties and reading Your words normally?” At that time, my heart was tormented like it was being overrun by weeds and I couldn’t stay any longer. When it was getting close to the Spring Festival, I took advantage of the opportunity to quit my job and quickly returned to my brothers and sisters. Afterward I found out that it wasn’t just me who had these thoughts; there were many brothers and sisters who had avoided being arrested by the CCP government by fleeing to other areas who had experienced the same thing. They all returned home because they were thinking the same thing. This was a miraculous guidance of the Holy Spirit.

GOSPEL OF THE DESCENT OF THE KINGDOM
Testimonies Freedom of Religion, Religious Persecution, Trials and Tribulations