"The Resolve Necessary to Pursue the Truth" | 2020 Chinese Christian Song

Only the Creator Takes Pity on This Mankind

Only the Creator shares with mankind an unbroken bond of mercy and love.

His every thought, always for the good of mankind.

His every emotion is intertwined with their existence.

The expression of what He is and has is all for mankind.

It’s all for the sake of mankind.

Deep within His heart, all of man’s actions He feels.

He’s rushing around always, He’s everywhere at all times.

His every emotion, He dedicates—every second of His life,

and He’s offering every bit of His life without a word.

It’s all for the sake of mankind.

He knows not how to pity His own life, but cherishes mankind.

With His hands He’s fashioned this miracle of mankind.

Compassion and tolerance He bestows, without condition or thought of reward,

that mankind may live on under His gaze,

that one day, they may submit and grant that He is the One who nourishes man,

His every thought, always, for the good of mankind.

His every emotion is intertwined with their existence.

The expression of what He is and has is all for mankind.

The Word of God | "Many Are Called, but Few Are Chosen" 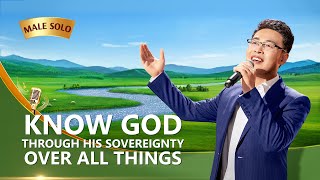 2019 Christian Crosstalk | "Who Are the Wise Virgins?"

2019 Christian Video "God's New Name" | When the Lord Returns, Will He Still Be Called Jesus? (Skit)

2019 Christian Video | "We Have Welcomed the Lord" (Crosstalk)