Gospel Movie "Faith in God 2 – After the Church Falls" Clip 1 - What Did the Lord Mean by "Pray for Those Who Persecute You"?

Christian Movie "The Price We Must Pay" Clip 1- Is Hard Work, Giving Things Up, and Expending Yourself for the Lord Really Obeying God?

Clip "Child, Come Back Home" (1) - How to Help Free Kids From Gaming Addictions by Leaning on God

Christian Movie Clip "Child, Come Back Home" (2) - Why Is the World So Dark and Evil?

Christian Movie Clip "Child, Come Back Home" (3) - God Is the Only Salvation From the Harm of Gaming Addictions

"Knocking at the Door" (1) - What Is the Most Important Practice to Welcome the Coming of the Lord?

Gospel Movie Clip (1) - Why Does the CCP Monitor and Oppress Christians So Much?

Obeying the Ruling Regime Is Not the Same as Obeying God

Christian Movie Clip "The Exchange: Account of an Interrogation" (5) - A Christian's Fight Against a Pastor's Religious Notions

Christian Movie Clip "The Exchange: Account of an Interrogation" (6) - How One Christian Faces the CCP Luring Her With Family Ties

Christian Movie "The Lies of Communism: Account of the CCP's Brainwashing" Clip 1 - Christians Fight Back Against CCP Fallacies Denying and Condemning God

Christian Movie Clip (3) - What Is a Good Religion, and What Is an Evil Cult?

Christian Movie Clip (5) - Ultimately Who Is Breaking Up Christians' Families?

Christian Movie Clip (6) - Do You Really Understand the Truth Behind the Shandong Zhaoyuan Incident?

Christian Movie Clip "The Exchange: Account of an Interrogation" (3) - How Christians Fight CCP Slander and Condemnation of Christ

Gospel Movie Clip "Perilous Is the Road to the Heavenly Kingdom" (4) - Why Does Mankind Defy God?

(2) - Why Does the Chinese Communist Party Frantically Suppress and Persecute Religious Faith?

Gospel Movie Clip "Sweetness in Adversity" (4) - Why Does the Chinese Communist Party Force Christians to Join the Three-Self Church?

Movie clip (5) - Why Did the Chinese Communist Party Manufacture the 5/28 Zhaoyuan Incident?

"What a Beautiful Voice" (3) - Are There No Words or Work of God Outside of the Bible?

"What a Beautiful Voice" (5) - Is God's Judgment in the Last Days Punishment or Salvation?

Gospel Movie Clip "Red Re-Education at Home" (1)-Debate: What Really Is a Cult?

"Red Re-Education at Home" (2) - What Kind of Plot Was Behind the Chinese Communist Party's Trial for the May 28 Zhaoyuan Case?

"Red Re-Education at Home" (4) - Do Believers in God Really Not Care About Their Families?

Red Re-Education at Home" (5) - How Should Christianity Be Understood?

Christian Family Movie "Red Re-Education at Home" Clip 6 - Why Does the CCP Do Its Utmost to Deny and Condemn Christ?

Movie Clip (1) - How Do We Treat Eastern Lightning in a Way That Accords With the Lord's Will?

Gospel Movie Clip "Faith in God" (2) - Is the Way Condemned by the CCP and Religious Circles Not the True Way?

Gospel Movie Clip "Faith in God" (3) - What Do God's Work and Appearance Bring to the Religious Community?

Gospel Movie Clip "Faith in God" (5) - Is Working Painstakingly for the Lord the Reality of Belief in the Lord?

Gospel Movie Clip "Faith in God" (6) - What Does True Faith in God Mean?

Movie Clip (5) - Are the Pastors and Elders of the Religious World Truly Appointed by the Lord?

Gospel Movie "The Mystery of Godliness" (2) - Will the Lord Give Man Revelation When He Returns? 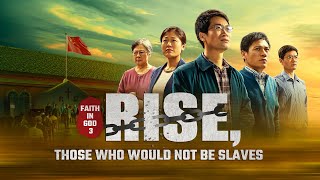 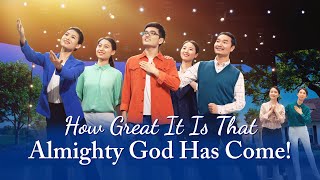 Gospel Movie Clip "The Bible and God" (2) - Are All of God's Work and Words in the Bible?

What Is the Difference Between God's Judgment Work in the Last Days and the Work of the Lord Jesus?

Clip (3) - Can We Be Raptured Into the Kingdom of Heaven After Accepting Redemption From Lord Jesus?